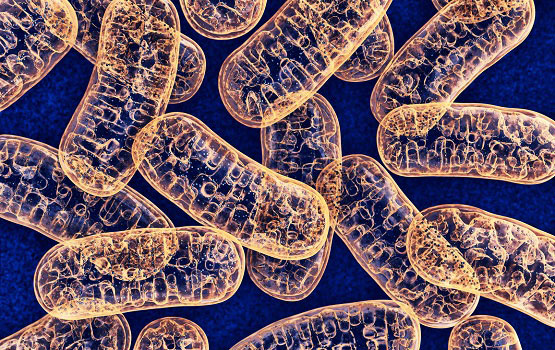 Bacteria – tiny and in some cases deadly single-celled organisms – are far more complex than commonly thought.

A review paper by Monash Biomedicine Discovery Institute (BDI), published in the high-impact journal Nature Reviews Microbiology, casts light on organelles, the internal compartments in bacterial cells that house and support functions essential for their survival and growth.

The BDI’s Professor Trevor Lithgow and Associate Professor Chris Greening, experts in bacterial cell biology and physiology, were invited to review the available scientific literature worldwide to consolidate the latest knowledge of organelles.

“There was an age-old truism until recently that bacteria were simply a bag of enzymes, the simplest type of cells,” Professor Lithgow said. “New developments in nanoscale imaging have shown that internal compartments – organelles – make them very complex,” he said.

Cryoelectron microscopy and super-resolution microscopy have allowed scientists to fathom the workings of bacterial organelles, which typically have a diameter 10,000 times smaller than a pinhead. The BDI has been at the forefront in Australia in adopting and developing the use of these technologies, Professor Lithgow said.

“It’s been a rewarding experience doing this scholarly review and being able to showcase the broad swathe of work that demonstrates the complexity of bacterial cells,” he said.

Organelles enable bacteria to do extraordinary things. They help bacteria photosynthesise in dimly lit environments, break down toxic compounds like rocket fuel or even orientate themselves relative to the Earth’s magnetic field by lining up magnetic iron particles. Some bacteria use gas collected within organelles to control buoyancy to let them rise or go deeper in water, allowing optimal access to light and nutrients for growth and division.

Exploring and understanding the intricacies of bacterial cells is not only important for scientific knowledge, but also for biotechnological applications and for addressing global issues of human health.

“Organelles enable many bacteria to perform functions useful for us, from supporting basic ecosystem function to enabling all sorts of biotechnological advances. But a few pathogens use organelles to cause disease,” Associate Professor Greening said. “The deadly pathogen that causes tuberculosis, for example, scavenges fatty molecules from our own bodies and stores them as energy reserves in organelles, helping the pathogen to persist for years in our lungs, compromising treatment and making the emergence of drug resistance likely.”

Countering drug-resistant infections are key 21st century problems for humans, Professor Lithgow said. “In these times of COVID-19 the death tolls we’re seeing for viral infections are terrible, but the projection is that by 2050 at least 22,000 Australians (and 10 million people worldwide) will die every year due to infections caused by drug-resistant bacteria,” he said.