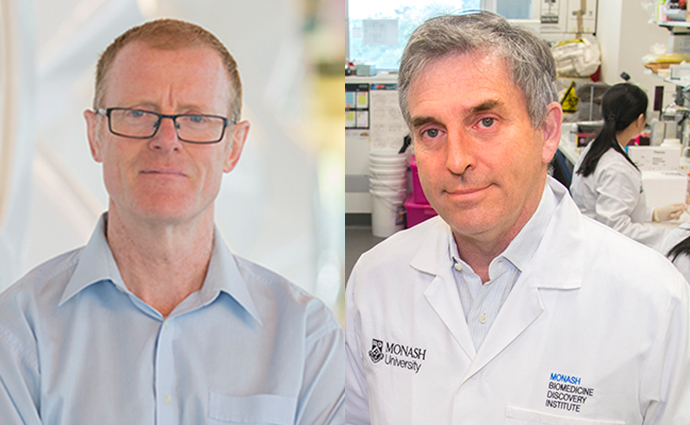 Professor Jamie Rossjohn and Professor Charles Mackay have each been ranked as a 2021 Highly Cited Researcher in the prestigious list released in November by Clarivate Analytics.

Professor Rossjohn’s research focus is on understanding, at the molecular level, how the T cell receptor specifically recognises polymorphic Human Leukocyte Antigen (HLA) molecules in the context of protective immunity, autoimmunity and other adverse T cell reactivities. Further, he has pioneered the molecular understanding of lipid and metabolite based immunity by T cells that recognise HLA class-I like molecules, CD1 and MR1, respectively. This is the fourth consecutive year that Professor Rossjohn has appeared on the Clarivate Analytics Highly Cited Researcher list.

Professor Mackay was highly cited from 2005 to 2010 under what was then the Institute for Scientific Information citation, and has remained on the Clarivate Analytics Highly Cited Researcher list since 2017.

The Highly Cited Researcher list, now in its eighth year, determines the ‘who’s who’ of influential researchers, drawing on data and analysis to identify the world’s leading researchers who have demonstrated significant and broad influence. See the full list of researchers on the Web of Science:  Nineteen researchers from Monash University were recognised this year.