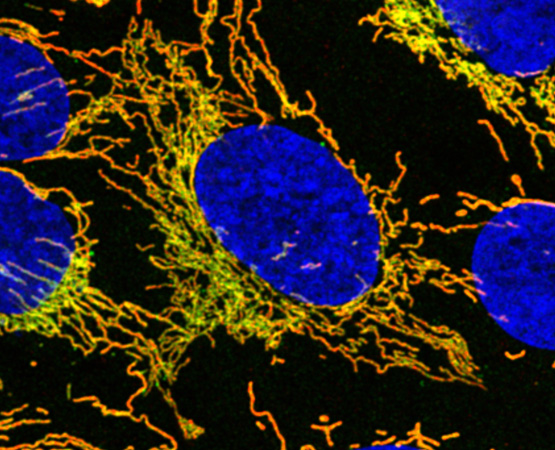 Monash University researchers have uncovered for the first time the reason mutations in a particular gene lead to mitochondrial disease.

The finding, published in PNAS journal and led by Professor Mike Ryan from Monash University’s Biomedicine Discovery Institute, shows that a gene responsible for causing loss of vision and hearing, TMEM126A, makes a protein that helps build an important energy generator in mitochondria. So, if this gene is defective, it reduces mitochondrial function and impairs energy production, uncovering why mutations lead to the disease.

Mitochondrial disease is an inherited, chronic illness that can present at birth or develop later in life and occurs when mitochondria fail to produce enough energy for the body to function properly. The cells of the optic nerve and the inner ear are particularly sensitive to mitochondrial defects due to the high energy requirements to transfer information to the brain, but Mitochondrial diseases can affect almost any part of the body.

Using a combination of cutting-edge technologies, the study found that loss of TMEM126A results in an isolated complex I deficiency - a common form of mitochondrial disease where a critical enzyme called complex I is reduced - and that the TMEM126A protein binds to a number of complex I subunits and additional proteins that help build the enzyme, known as assembly factors.

“Now we know that TMEM126A is important in helping to build this protein needed to provide energy for the mitochondria organelles, we can look at future therapies that can perhaps bypass TMEM126A function and find other ways to help cells make energy,” Professor Ryan said.

First author Dr Luke Formosa adds: “Now that we know what TMEM126A does in mitochondria, we can start to investigate treatments that might work for individuals with mutations in this gene, which could lead to less severe loss of vision and hearing.”

Read the full paper in PNAS journal titled: Optic atrophy-associated TMEM126A is an assembly factor for the ND4-module of mitochondrial complex I

This research garnered media attention, including pickups in: