Dr Joohyung Lee received his PhD from The University of Melbourne and the Florey Neuroscience Institutes, in the area of neuroscience and pharmacology. He then worked as a Parkinson’s Society Canada Research Fellow at the Toronto Western Hospital in Canada, to investigate the role of abnormal synaptic plasticity in Parkinson’s disease. In 2006 he returned to the Florey Neurosciences Institute to investigate the neural mechanisms underlying Parkinson’s disease and drug addiction, before joining the Hudson Institute in 2008.

Dr Lee’s research focuses on sex differences in brain function in normal and diseased states. In particular the research laboratory is focusing on the potential role of the male sex-determining gene SRY in the sex differences in neurological diseases, such as Parkinson’s disease, attention-deficit hyperactive disorder (ADHD) and autism. He has a strong interest in understanding the role of the Y-chromosome gene SRY and the male brain and how abnormal regulation of SRY may increase the susceptibility of males to neurological disorders such as Parkinson’s disease and ADHD. 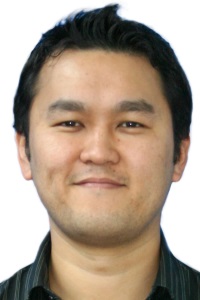