Monash Earth Scientists involved in discovery of a new mineral

In the harshest of environments in far-east Russia, Monash scientists have played a leading role in the discovery of a new mineral, which could revolutionise the future of the mining industry.

The mineral - Nataliyamalikite – is new, and did not exist before, explains Professor Joël Brugger, the lead author in a recently published paper in American Mineralogist.

It contains thallium, a rare heavy metal most famous for its qualities as a poison.

“The discovery of this new mineral means we will be able to better understand how metals are extracted from deep-seated sources within our planet, and concentrated at shallow levels to form economic ore deposits,” Professor Brugger said.

“This will give us a unique insight into the processes responsible for the geochemical evolution of our planet.

“And this understanding is required to sustain mining – a key to Australia’s ongoing economic prosperity,” Professor Brugger said. 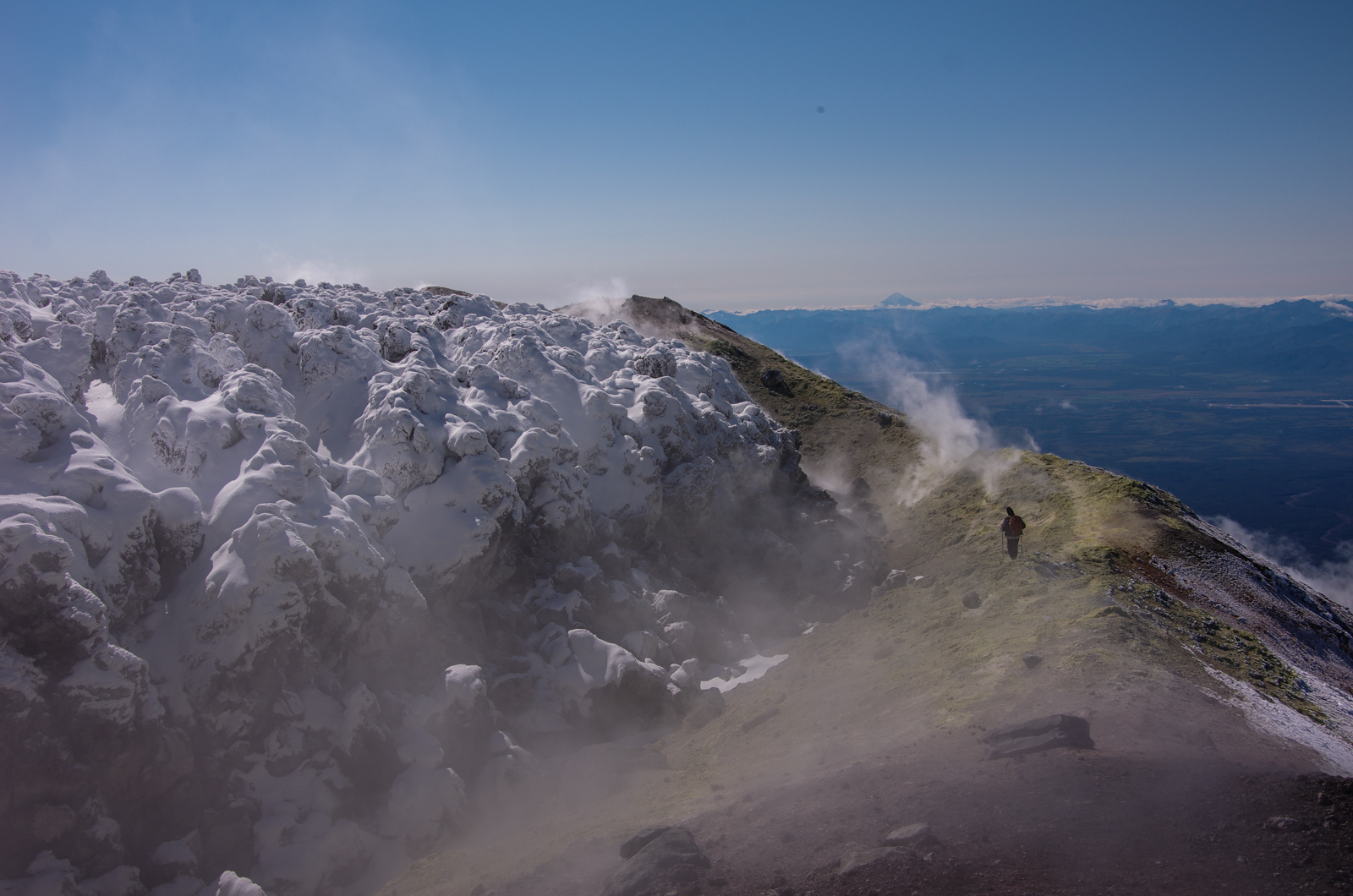 A significant part of the recently published paper is about the formal description and naming of the new mineral (a process overseen by the International Mineralogical Association).

“Our Russian colleague was the first to see the mineral under the electron microscope,” Professor Brugger said.

“However, Monash was key to making the naming of the new mineral possible: we combined state-of-the-art sample preparation at our Monash Centre for Electronic Microscopy facility, along with the unique capabilities of the Australian Synchrotron, to obtain the crystal structure of the mineral.

“Understanding the crystal structure is akin to getting the full genome of the new mineral,” Professor Brugger said.

“And in the case of Nataliyamalikite this was incredibly difficult as the grains are tiny and almost invisible.”

The new mineral was discovered in the Kamchatka Peninsula - one of the most active volcanic zones in the world, featuring 160 volcanoes including 29 that are active.

According to Professor Brugger, who spent six weeks in the region, it is also one of the few remaining wild oases on this planet, a result of politics (off-limit for a long time due to its military significance for the Soviets) as well as geographical isolation (no road connection to mainland Russia) and harsh climate.

Around 150 new minerals are discovered around the world every year, and the recently published article by Professor Brugger marks the official birth of one of them. Read Professor Brugger’s article here.