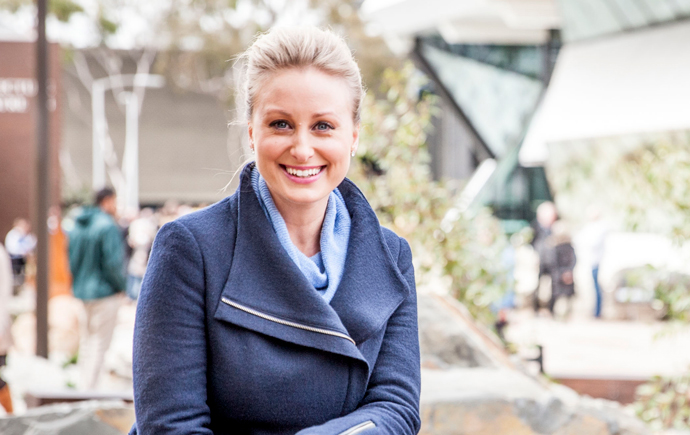 Growing up, Jane Bunn would look at weather patterns and radar scans on the internet in her spare time, fascinated.

Her interest piqued, Jane decided to turn her hobby and passion into a career. She enrolled as a Science student at Monash University as a mature-age student, after quitting an IT course and taking time out to work in casual jobs.

She spent a semester through Monash Abroad studying at Pennsylvania State University, one of the leading meteorology schools in America. After training with the Bureau of Meteorology’s Melbourne office, Jane was posted to New South Wales as a forecaster. The move to television came after she approached the chief-of-staff at WIN News offering her services as a meteorologist.

"From weather stations to satellite and radar, to how that data is processed and applied, meteorology is a very fascinating field with huge potential for growth."

It was perfect timing – the previous presenter had just left and a survey commissioned by the station showed that viewers were asking for more “credibility” in the weather bulletin. Jane presented six bulletins a day for regions across the state, recorded in Ballarat. The ratings in the 6.55pm timeslot went up in her first year and Jane gained a devoted following especially from farmers whose livelihoods depend on accurate weather forecasting.

Now presenting for Seven Network, Jane prided herself on delivering more detail and interpretation than is given by non-meteorologists presenting the weather elsewhere who read out what they are given. Said Jane, “Understanding the science involved in weather forecasting, including the algorithms used to predict patterns globally and improvements in weather models has been a very exciting part of my job.”