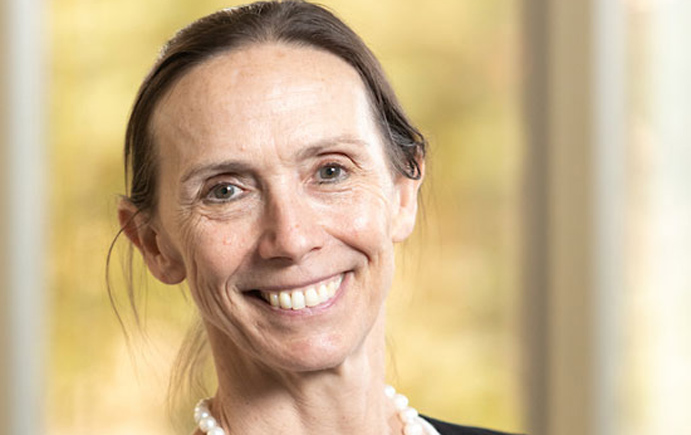 Lesley’s first full time job was as a secondary school teacher at Footscray High School, starting in 1978, after completing her BSc Hons and Dip Ed at Monash University in 1977. In 1980 she started Bakers Delight in Hawthorn, Victoria with two other partners, Roger Gillespie (her husband) and Gary Stephenson. She had gained bakery experience from working extensively in the Old Style Bread Centre chain (later to become Brumby’s) whilst studying at university.

In 1983 Lesley and Roger bought out their partner Gary Stephenson and they started to develop Bakers Delight which is now the largest national chain of bakeries in Australia with approaching 700 bakeries operating throughout Australia, New Zealand & Canada and more recently the US.

From 1989 to 1999, Lesley also worked part-time as a secondary school teacher at Loreto Mandeville Hall in Toorak Victoria.

In the last few years she and Roger have recently stepped back from the active running of Bakers Delight, sitting only on its Board. Their children have taken on the CEO roles, with their son Aaron over-seeing the Canada and US operations while their daughter Elise and son-in-law David Christie over-seeing operations in Australia and New Zealand.

Along the way there have been highlights and acknowledgements, these include the Boroondara Citizen of the Year 2002 (shared with her husband Roger) and being awarded an OAM in 2006 in recognition of her work in business and philanthropy.

"Giving back is important. Since 2015 the Gillespie Family Foundation has supported the work of the World Mosquito Program whose aim is to eliminate mosquito-borne viral diseases such as dengue fever, zika, yellow fever and chikungunya from the world. This program is a Monash initiative."

Further more recent highlights have been the induction into the Hall of Fame at Swinburne University’s Australian Graduate School of Entrepreneurship in 2008 (shared with Roger), a Fellowship from Monash University 2013 and in 2015 being appointed as the Chair of the Business School Advisory Board for Swinburne University of Technology, this same University conferring an Honorary Doctorate in Business in 2018. Bakers Delight and Swinburne have had a close involvement over many years in the area of industry based learning (IBL) for Swinburne students.

Giving back is important. Since 2015 the Gillespie Family Foundation has supported the work of the World Mosquito Program whose aim is to eliminate mosquito-borne viral diseases such as dengue fever, zika, yellow fever and chikungunya from the world. This program is a Monash initiative. The Gillespie Family Foundation has supported a wide range of not for profit organisations ranging from secondary school scholarships, research into high nutrient wheat and research into organ rejection.

Lesley sits on a number of boards: The Australian Business Growth Fund, Institute of Public Affairs and Loreto Toorak. She also chairs the Philanthropic Advisory Committee for the World Mosquito Program and is on Monash University’s Change It For Good campaign council.

However, Lesley is most proud of the success of Bakers Delight which has been built on the hard work of a great many people, its core strength is with the franchise network, the people who day in and day out and strive to serve their communities. A great example of Australian endeavour and enterprise.