Research led by Monash Earth scientists has added a new dimension to understanding life on Mars with the discovery that meteorites may be able to ‘trap’ evidence of Martian life.

The finding was published recently in Frontiers in Microbiology and is part of a broader research project on using biomarkers in meteorites as a means to detect life throughout the solar system.

The research team were able to show that the chemical composition of rocks influences how microbial communities develop by studying bacteria and Archaea living in stony meteorites collected from the Nullarbor Plain. 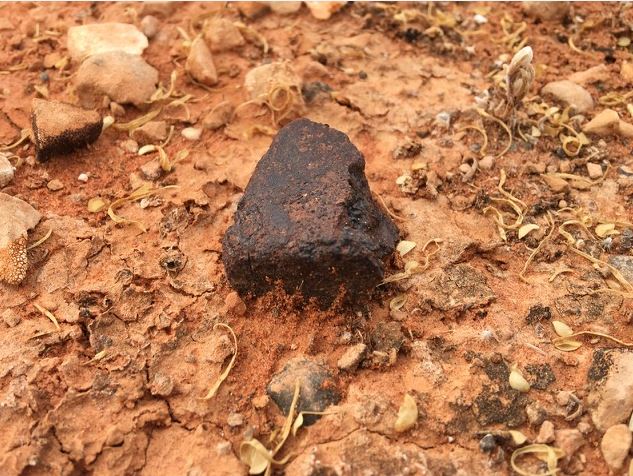 A stony-meteorite from the Nullarbor Plain, South Australia discovered this year during the annual meteorite recovery expedition, run by Monash University researchers.

“This is an original finding and it is important because it shows us that microorganisms can interact with astro-materials in a way that is vital to their metabolism,” said the lead author of the study, Dr Alastair Tait, from Monash University’s School of Earth, Atmosphere and Environment.

According to Dr Tait, most work on meteorites and life is concerned with two areas of research.

Panspermia, the idea that life is carried inside debris blasted off a fertile planet by giant impacts, and travels through space to land on a dead planet, thus colonising it.

Or a pre-biotic pantry delivering all the right ingredients to kick start the origin of life.

“Our theory adds a third avenue of research which is the interaction between astro-materials and an existing biosphere,” Dr Tait said.

“This is a brand new field that has not been looked at before,” he said.