Prof Henry Ma is Director of Neurology and Stroke at Monash Health (2015-) and Adjunct Associate Professor of Medicine at Monash University (2015-).  He was previously Director of Physician Training at Monash Health.  Prof Ma is a senior member of the National Examiner Panel and Adult Medicine Division Basic Training Committee for the Royal Australasian College of Physician (RACP). He undertook his doctoral thesis on imaging of ischaemic penumbra with Profs Donnan and Davis.  Prof Ma's work on persistence of penumbra beyond the traditional 3-hour time-frame has generated the idea for the EXtending the time for Thrombolysis in Emergency Neurological Deficits (EXTEND)-IV trial. He presented the final result for the EXTEND-IV trial at the World Congress of Stroke in October 2018.  Prof Ma is a clinician and educator and has been instrumental in setting up the Australasian Stroke Academy (ASA) to educate and train the new generation of stroke physicians. He currently serves as Associate Editor of the journals Stroke and Frontiers in Neurology.

Prof Ma has been instrumental in setting up collaborative multicentre clinical trials and observational studies as evidenced by his high productivity, role as co-chair of the Australian Stroke Trial Network (ASTN).  He is a keen advocate in the use of amnion stem cell in neurological diseases such as stroke and multiple sclerosis.  He is a chief investigator on a NHMRC sponsored Phase 1 amnion stem cell trial of stroke (I-ACT), starting in February 2019.  His major research skill is in the clinical trials and penumbral imaging.  He is Principal Coordinator of the multicentre trial of the clot-busting drug tissue plasminogen activator, EXTEND-IV.  The trial is being conducted in Australia, Europe and Asia. The success of this trial has led to change in guidelines in Europe and Australia. Prof Ma's role in ASTN puts him in an ideal position to promote this trial to other sites in Phases II and III. He plays a key role in evaluation of biomarkers and immune dysfunction using data from START-EXTEND trial.

In addition to Stroke research activities, Prof Ma has been setting up Department of Neurology as an academic unit with strength in Epilepsy, Movement Disorders, Neuroimmunology/ Multiple Sclerosis, Neuro-degenerative medicine, Behavioural Neurology, Neuro-ophthalmology, Neuro-otology and Neuro-oncology. 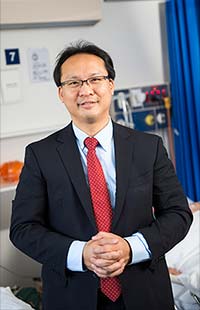 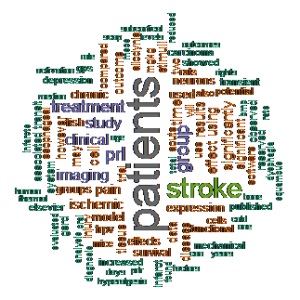