Dr Peter Downie is the head of Paediatric Haematology-Oncology and Director of the Children’s Cancer Centre at Monash Children’s Hospital.  He is also a Senior Lecturer, Department of Paediatrics, Monash University.  Dr Downie is a member of the leadership group for the Hudson Institute Paediatric Cancer Precision Medicine Program.  This research is developing tumour tissue organoids that can be interrogated at a molecular and epigenetic level, with the aim of identifying and developing new targeted therapies for children with cancer.  The primary focus of the research is on brain cancers, bone cancers, and other solid tumours of childhood.  Dr Downie’s early research focused on the effects of chemotherapy on fertility in pre-pubertal boys.  After training in general paediatrics at the Royal Children’s Hospital, he was appointed Chief Resident and then Clinical Research Fellow in the Department of Haematology-Oncology.  He was Consultant Paediatrician and Consultant Paediatric Haematologist-Oncologist at Queen’s Medical Centre, Nottingham before taking the position of Research Fellow, Pediatric Oncology, University of Chicago (Wyler Children’s Hospital), where he spent two years studying the biology and molecular signaling pathways involved in childhood leukaemias.  On returning to Melbourne in 1994, he was appointed as a staff consultant in the Paediatric Oncology Unit of the Royal Children’s Hospital and took the position as Director of Clinical Oncology at RCH from 2007 until 2011.  Dr Downie has previously held the positions of Chair of the Australian and New Zealand Children’s Oncology Group (ANZCHOG), and the Medical Director of the Victorian Paediatric Integrated Cancer Service (PICS).  He is a member of the Australian Children’s Cancer Trials executive, and a member of the Scientific Council for Cancer Council Victoria.  Peter Downie is currently Medical Director of the PICS State-wide Long Term Follow-up Program, for survivorship, following childhood cancer. 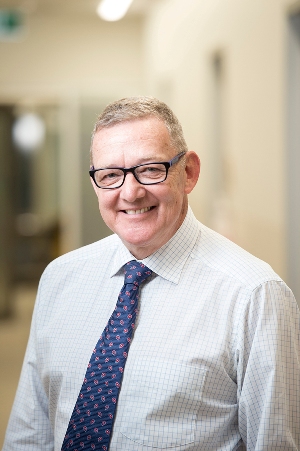