Where Do Indonesian Doctors Work And Why? Exploring Factors Influencing Early Career Doctors To Work In Rural And Remote Regions 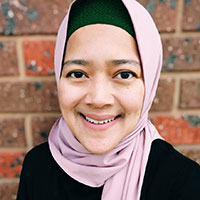 Unequal geographic distribution of doctors has been one of the most critical health systems challenges in many countries, including Indonesia. The doctor-to-population ratio in the most remote province was only one-tenth of that in the capital, and this occurred despite various strategies implemented in the past 30 years. While there is growing evidence on the critical role of rural training pathway—include recruiting students with a rural background, developing rurally-enhanced curriculum, and extending rural exposures through rural clerkship—little is studied in the Indonesian context. Understanding the determinants of Indonesian doctors working in the remote areas is amongst the initial efforts to better inform future policy on deploying doctors in Indonesia.

Indonesia’s population of 270 million resides in 13,000 islands with significantly different geographical characteristics such as metropolitan cities, small islands, mountains and lowland. All of these factors could be associated with doctors’ decision to work in specific locations. The de-centralisation of health workforce management may be added to the existing challenges of doctor shortages in particular areas. By conducting a national study, I expect that my research result would be generalisable in the diverse Indonesian region.

I am urban-grown medical doctor, studied in an urban-based medical school, and more than 60 per cent of my friends from the school come from urban areas. As medical students, we were always ‘terrified’ to hear words like ‘rural or remote health facilities’ because it represents a poor career development, poor infrastructure, and inferiority. I also read about how Indonesia moved from one strategy to another to improve the geographical distribution of doctors in the last 30 years. Yet, none of the strategies touch the educational stage of the medical students, despite the evidence worldwide about the impact of rural training pathway to the increased rural doctor supply.

Seeing Australia and its success in developing the rural medical workforce with its continuous effort in rural training pathway, has grown my interest in going in-depth with this. I believe that working with scholars from an Australian university with expertise in rural health would be a valuable experience for my research and academic career in Indonesia.

Amongst the exciting part of PhD at Monash University School of Rural Health was the professional development course which is not only focusing on the academic but also soft skills like time management, the art of negotiation, and mindfulness. It may seem petty, but it is very impactful, especially because pursuing a PhD is like a marathon, where you have a long three-year journey. You have to prepare and nurture your body and mind well to make sure they are not giving up, or overworked, or too lazy. I would definitely develop such a program for research students back in my home university.