Maurizio completed his medical degree in Italy at the University of Rome “La Sapienza” in 2000. He underwent basic surgical training in Italy and moved to the United Kingdom in 2003 to focus on his career in clinical research. Maurizio obtained a higher degree (MD Research) with the University College London for his research on minimally invasive surgery in children. He has been awarded prizes for his research from the Association of Laparoscopic Surgeons of Great Britain and Ireland (UK), the Royal College of Surgeons of Edinburgh (UK) and the Canadian Association of Paediatric Surgeons (Canada). He was also awarded the prestigious Peter Paul Rickham Prize from the British Association of Paediatric Surgeons (UK) in 2008. Maurizio has published over forty articles in peer review scientific journals, three chapters in books and he is author of more than eighty presentations at international conferences.

Maurizio was granted the membership of the Royal College of Surgeons in 2006 and completed his paediatric surgical training at various hospitals in the United Kingdom, including Great Ormond Street Hospital, London; Chelsea and Westminster Hospital, London; Cambridge University Hospital and Oxford University Hospital. He also trained for one year at the Royal Children’s Hospital in Melbourne (Australia). He completed his training in the United Kingdom and achieved the Fellowship of the Royal College of Surgeons in Paediatric Surgery in 2015.

Maurizio has a very strong passion for teaching and training and has delivered numerous formal lectures on several topics of paediatric surgery to medical students and other health professionals.

Maurizio joined Monash Children’s Hospital and Monash University in 2017. He has an interest in minimally invasive techniques for both paediatric and neonatal surgery, colorectal surgery, including anorectal malformations and Hirschsprung disease. He also has a particular interest in clinical research focussed on minimally invasive surgery and randomised controlled trials. 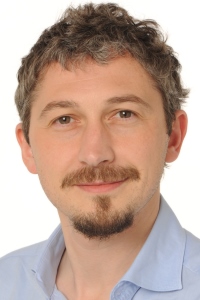