Professor Stuart Hooper is one of four Deputy Directors of the Ritchie Centre. Professor Hooper is an NHMRC Principal Research Fellow.

His research group within the Fetal, Neonatal and Child Health group of the Ritchie Centre aims to understand the physiology of fetal and neonatal lung development and the factors that regulate the transition to air-breathing at birth. By understanding these changes, it will become possible to moderate the impact of pre-term birth and other problems such as congenital diaphragmatic hernia, where the abdominal contents move into the chest cavity during fetal life.

All babies when born have to make the transition from the fluid-filled environment of the mother's womb for an air-filled one after birth. Their lungs and heart have to start working differently the minute they are born. Professor Hooper's research is intended to make the transition easier for babies with difficulties, most commonly pre-term babies. Professor Hooper uses synchrotron technology to image gases within tissues such as the lung.

Professor Hooper has published 132 research and review scientific articles. He is currently President of the Perinatal Society of Australia and New Zealand and received a large NHMRC Program Grant ($8.5M) which started in 2011. 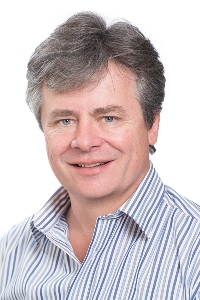