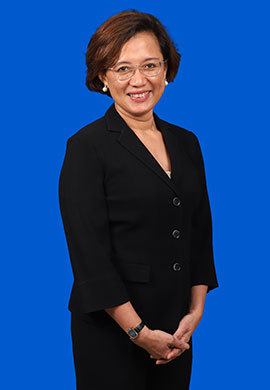 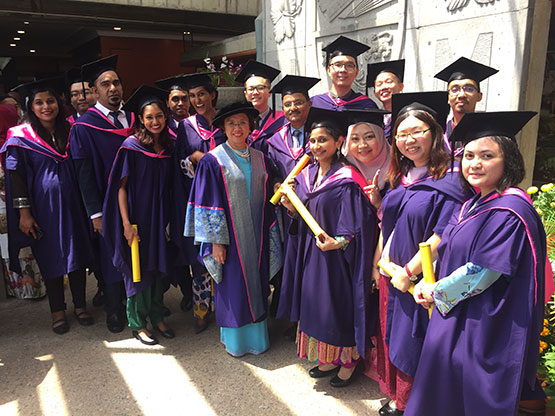 Since she graduated from Monash in 1987, Professor Dato Dr Adeeba Kamarulzaman has become a globally recognised expert on AIDS and infectious disease, and in 2020, she was appointed President of the International AIDS Society – the first woman of Asian descent to assume the role.

Dr Kamarulzaman focuses strongly on the link between disadvantage and the spread and severity of infectious disease. Both AIDS and, more recently, COVID-19, have reinforced the importance of this work.

“I became very interested in social justice and the impacts of inequity upon health through my work in HIV and drug use,” she says. “HIV opened my eyes to it but COVID-19 really brought these issues to the fore.”

“Gender, sexual orientation, substance use and poverty play a very big role in determining risk and outcome from AIDS. With COVID 19, socially marginalised communities, those from lower income groups, prisoners and migrants have been disproportionately affected and suffered worse outcomes.”

“In order to make a significant difference at a population level, we first have to acknowledge and address these underlying social determinants of health.”

Her distinguished medical career has taken her back to her home country, Malaysia, where she spearheaded social change by establishing the Infectious Diseases Unit at the University Malaya Medical Centre and the Centre of Excellence for Research in AIDS.

This program has since become accepted and embedded within the National AIDS program, and has led to a dramatic decline in the number of HIV infections in the country. For a conservative country that views drug use harshly, this was a major achievement.

“It has also opened up space for discussions on a more health-based drug policy rather than the very punitive one that we have.”

Another major achievement in Malaysia, which Dr Kamarulzaman says is still a work in progress, is conducting a major curriculum review of the National Postgraduate Specialist Training program to convert it into a competency-based program and strengthening training in line with advances in postgraduate medical programs.

As a former Dean of the Faculty of Medicine at the University of Malaya, she maintains a strong friendship with a fellow Class of 1987 graduate – Monash’s Deputy Dean of Medicine, Michelle Leech – and several others who are now based all around the world.

“Michelle and I studied together for the FRACP and always have lots of things to reminisce and laugh about when we see each other,” she says. “Michelle comes to Malaysia a few times a year as she oversees the Monash Malaysia Medical program. We try to catch up whenever she is in KL.”

“I work closely with Professor Sharon Lewin, Director of the Doherty Institute as well. Although she was a year above me in the course, she is also an infectious diseases and HIV physician and researcher and President-Elect of the International AIDS Society – she will take over from me next July.”

Dr Kamarulzaman also met her husband, who was studying Economics, at Monash.

Throughout her career, Dr Kamarulzaman has been the recipient of several awards such as the Advance Global Award and the Australian Global Achievement Awards. In 2015, she was presented with an Honorary Doctor of Laws from Monash University.

In April 2021, Dr Kamarulzaman was appointed to the newly formed World Health Organization (WHO) Science Council, an honour only a handful of internationally acclaimed scientists have been granted. Her remit is to advise on high-priority scientific issues that could have a direct impact on global health.

Her first project is to look at the importance of genomics for human health and to accelerate access to genomic technologies in low and middle income countries – workshops commence on the topic in November. “It came as a big surprise and a huge honour as the nine-member Science Council consists of really accomplished scientists in their respective fields.”

With all her significant accomplishments, Dr Kamarulzaman reflects that “the most valuable advice I can give comes from Steve Wesselingh – the former Dean of Monash Medicine,” she says. “When I told him that I was going to be Dean at Universiti Malaya – he said, ‘Adeeba, unless it is a matter of life or death, don’t lose sleep over things – don’t sweat the small stuff.’ Maintaining perspective and balance is so important in a job like that.”

“I do feel that the training I received at Monash equipped me with the necessary skills to be resilient, innovative, independent and confident. I want to echo Michelle in that Monash trained doctors to be leaders who are kind. I think many of the values and attributes that I carry with me – leadership, kindness, empathy, were largely shaped through the time I spent at Monash.”

“I am very proud of Monash and what it stands for,” says Dr Kamarulzaman. “For a relatively young university it stands tall among some of the best and oldest universities in the world. During my time there I appreciated the more relaxed spirit, yet underlying that is the constant pursuit of excellence. I also appreciate the global community present at Monash – even 30 years ago when opening up education to students from all over the world was not the phenomenon that it is now.”

Dr Kamarulzaman says she would like to see Monash continue to push boundaries, and to be a leader in innovative medical education and research, particularly in health issues relevant to the region. “I hope to see Monash collaborate further with other universities to collectively solve health issues relevant to the region through capacity building in clinical training as well as research.”

“One of the lessons learnt from COVID 19 is the importance of collaborative research – much was achieved in a relatively short time, including the development of vaccines and effective treatment regimes as groups of scientists around the world worked collaboratively in the race to overcome the crisis.” 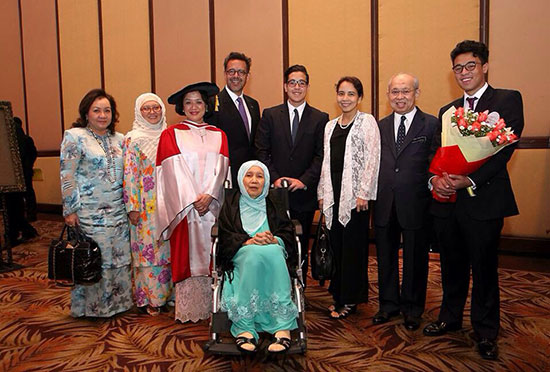 I do feel that the training I received at Monash equipped me with the necessary skills to be resilient, innovative, independent and confident.