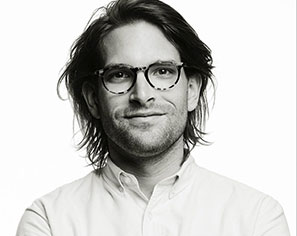 Master of Public Health and MBBS

Alessandro Demaio has one big goal: to put noncommunicable diseases (NCDs) on the public agenda.

He initially trained as a doctor and had his heart set on rural General Practice until a trip to remote south-eastern Sri Lanka after the 2014 Boxing Day tsunami opened his eyes to the burden of NCDs forever. “My father and I went to provide aide in refugee camps and I expected to see a lot of trauma, but instead, most of what we saw were the side effects from preventable diseases such as untreated hypertension, angina, and diabetic ulcers”, the young Melbourne doctor said. “It was then that I really started to question why large groups of people around the world are suffering from preventable diseases and what can be done about this.”

From that moment Alessandro has been unstoppable in his efforts to put NCDs on the map and inspire his generation and the next to become involved in making the world a better place for everyone.

In 2010, the Monash Master of Public Health graduate relocated to Denmark where he completed a PhD with the University of Copenhagen, focusing on noncommunicable diseases. After that he held a Postdoctoral Fellowship at Harvard Medical School and was assistant professor and course director in global health at the Copenhagen School of Global Health, in Denmark. He also established and led the PLOS Global Health blog, and served on the Advisory Board of the EAT Initiative: the global, multi-stakeholder platform for food, health and environmental sustainability.

Remarkably Alessandro still had enough time and energy left to be the brain behind festival21, a massive and unprecedented, free celebration of community, food, culture and future in his hometown Melbourne before joining the World Health Organization in Geneva as Medical Officer for Noncommunicable Conditions and Nutrition in late 2015.

“It somehow doesn’t feel like I am extremely busy though”, he says. “I just love to cook, write, teach and communicate and am simply lucky that this culminates into what I do for a living.”

Alessandro decided to study the Master of Public Health at Monash because of the quality of teaching and flexibility the course provided. “I had the opportunity to study large blocks of subjects as projects while I was still practicing as a doctor. The work I was doing as an intern heavily informed my Masters and vice versa so combining these degrees, although very challenging at times, worked well. By completing the degree at Monash as opposed to overseas I built a very strong local network of peers and mentors which has also proved to be invaluable.”

When asked about the future of noncommunicable diseases Alessandro is cautiously optimistic. “The awareness around NCDs has improved enormously over the years, but unfortunately we don’t see a lot of progress in actual health outcomes so there is a lot of work that still needs to be done.”

Learn more about the Master of Public Health and MBBS

Alessandro Demaio has one big goal: to put noncommunicable diseases (NCDs) on the public agenda.