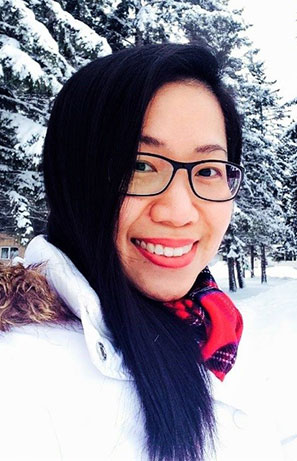 A renowned reputation for its health science program was all it took for Jessica to become a student at Monash University.

After leaving Monash, Jessica worked in Malaysia before pursuing her nursing career in Canada having passed the Canadian Registered Nurse Examination (also known as the Canadian NCLEX). She said that in 2013 faith took her to the "heartbeat of Canada", Manitoba, where she has been working as a registered nurse in a small town called Ste Rose du Lac, about four hours from Winnipeg.

Since graduating as a nurse, Jessica has worked mostly in the emergency and outpatient departments but since starting at Ste. Rose General Hospital, a 26 bedded acute hospital which serves the small towns in the close surrounds, she has expanded her scope of responsibilities.

“I wear different hats on different days. Not only do I work in the outpatient department but also on the wards. At times I’m assigned to be the one in charge too. Being a nurse, you literally hold an "international passport". You can say that your career is guaranteed for life.”

Learn more about the Bachelor of Nursing

Being a nurse, you literally hold an "international passport". You can say that your career is guaranteed for life.