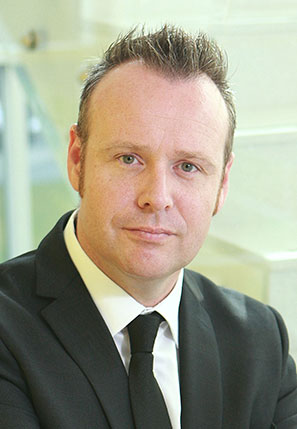 It was Monash’s stellar reputation in the medical and biomedical research fields that encouraged Marcus Nicol to spend over a decade here, completing both his undergraduate and two postgraduate qualifications (a PhD and Master of Public Health).

With post-doctoral positions at the National Stroke Research Institute (now the Florey institute) at the Austin Hospital, Marcus’s career began as an epidemiologist and a clinical trial data manager. He recounts that “the research skills and data management experience I gained during my PhD and Masters enabled me to gain these significant roles, and also taught me how to be adaptable with my skills.”

After making the move from Melbourne to Canberra, Marcus took on federal government positions at the National Health and Medical Research Council (NHMRC) and most recently, the Australian Research Council (ARC), in senior roles managing data and analytics teams. Again, he credits Monash as playing a fundamental role in his career trajectory: “My former head of Department (Physiology), Warwick Anderson, was absolutely critical to my success in Government, by supporting my initial role as a consultant to the NHMRC, and during my time at Monash and at the NHMRC, by allowing me to expand upon my skills and always giving me new, challenging opportunities.”

Marcus names his most significant achievements to date as the development of the NHMRC’s open access policy, increasing the visibility of research to the public, and working on bibliometric analyses of NHMRC-funded research outputs. Now Director of Research Analysis at the ARC, he contributes to the successful running of Excellence in Research for Australia (ERA), Australia’s national research evaluation framework and is “directly responsible for the analysis and publication of the results of the ERA process”.

Looking to what lies ahead, Marcus comments “I will no doubt still be involved in the world of research assessment in some way, and hopefully making a positive contribution to the standing of Australian research on the world stage. Either that or independently wealthy through sheer luck, and travelling the world encouraging the next generation of kids to be inquisitive.”

Learn more about the Master of Public Health

I gained fundamental problem solving, research and critical analysis skills that have been of enormous benefit to every job I have had since leaving Monash.