A$9.8 million fight against superbugs 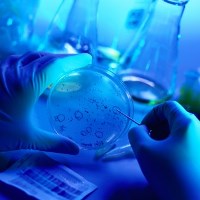 An international team of researchers will focus on designing, developing and evaluating new therapies for life-threatening infections. The funding comes at a critical point, with the World Health Organization recently listing antibiotic-resistant bacteria as one of the three greatest threats to human health.

Lead researcher Professor Jian Li from MIPS said that with a marked decline in the discovery of novel antibiotics, the world is now facing a significant threat from bacterial superbugs.

“The world is on the brink of a return to the pre-antibiotic era. Doctors are running out of treatment options for some life-threatening infections. It is vitally important that research is funded so that we can find new treatment options and stem the rising tide of antibiotic resistant superbugs,” said Professor Li.

Often regarded as ‘magic bullets’, antibiotics have been prescribed widely to fight a variety of infections caused by bacteria. However overuse has led to the worldwide emergence of antibiotic-resistant strains of bacteria.

As well as developing new therapies, Professor Li said the team will also review the effectiveness of existing drugs and discover if they can be combined with an old class of antibiotic, called polymyxins.

“Polymyxins have been increasingly prescribed over the last decade in an attempt to combat bacteria that are resistant to all other antibiotics. Until recently they were rarely used because of potential side effects and they were seen as a last ditch attempt to fight off the superbugs. What’s worrying is that infections caused by bacteria that are resistant to polymyxins are now being reported around the world.

“We believe our research will lead to better ways of dosing polymyxins alone and in combination with currently available drugs, to maximise the killing of bacteria and minimise the development of resistance and adverse effects in patients,” said Professor Li.

“Both of these new five-year projects will develop much-needed treatments for infections caused by superbugs. These innovative therapies will then be applied in the clinic to save patients’ lives," said Professor Bill Charman, Dean of the Monash University Faculty of Pharmacy and Pharmaceutical Sciences and Director of MIPS.

Work starts this month and will see the Monash team work collaboratively with US researchers from the University at Buffalo, Weill Cornell Medical College and the Wayne State University.