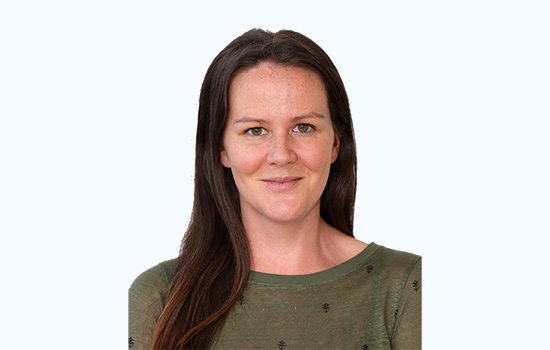 Ground-breaking research by a Monash University PhD student has been recognised with a Highly Commended award at last night’s Premier’s Award for Health and Medical Research.

Monash University Biomedicine Discovery Institute’s (BDI) Dr Amy Winship, has discovered a protein, or factor, that may be a cause of pre-eclampsia and uterine cancer.   Importantly her studies, done in an animal model and in human tissue, revealed that blocking the effects of this factor may lead to prevention of pre-eclampsia and, more importantly, blocked the growth and spread of the uterine cancer.

Pre-eclampsia occurs when the placenta releases a toxin into the mother's bloodstream, damaging her organs and forcing the early delivery of her baby. It affects about one in 20 pregnancies, killing an estimated 70,000 women around the world each year, and there is no medical treatment.

When in the uterus, IL-11 promotes growth of cancer in the uterus in animal models. Uterine cancer, also known as endometrial cancer, is the most common gynaecological cancer with 1900 Australian women diagnosed each year.

Dr Winship’s studies revealed that, when IL-11 is blocked with an antibody, the uterine cancer reduced in size and did not metastasize compared to controls where the cancer spread.

According to Dr Winship, the antibody, developed by CSL, is able to be used in humans, opening the way for it to be used as a treatment to prevent pre-eclampsia and to treat uterine cancer. Currently the treatment for uterine cancer is hysterectomy (removal of the uterus) and chemotherapy or radiotherapy, both of which can affect a women’s fertility. Blocking IL-11, in animal and human laboratory studies, did not have any long term effects such as reducing fertility.

Deputy Director of the BDI, Dr Moira O’Bryan, congratulated Dr Winship on her highly commended and for being one of only four young researchers nominated for the Premier’s Award. “Amy's research was of a level that would be expected of a career scientist, let alone someone doing her PhD. Earning a highly commended by the Premier's Award for Health and Medical Research is not only deserved, because of the standard or her research and also its eventual implications for women's health - but I predict it will be one of many she earns in her career," she said.

Dr Winship, whose studies were done at the Hudson Institute under the supervision of Professor Eva Dimitriadis, said: “It is an enormous pleasure to have been recognised in the Premier’s Awards last night. It is wonderful for women’s reproductive health to be highlighted and important for women struggling with cancer, pregnancy complications, or infertility to know that there are dedicated researchers working on these problems.”

Dr Katherin Gibney was also highly commended for her research done at the Monash Department of Epidemiology and Preventive Medicine under the supervision of Professor Karin Leder. Dr Gibney, now at the Doherty Institute, was awarded for her work on socioeconomic inequities in infectious diseases in Australia.

Committed to making the discoveries that will relieve the future burden of disease, the Biomedicine Discovery Institute at Monash University brings together more than 100 internationally-renowned research teams. Our researchers are supported by world-class technology and infrastructure and partner with industry, clinicians and researchers internationally to enhance lives through discovery.