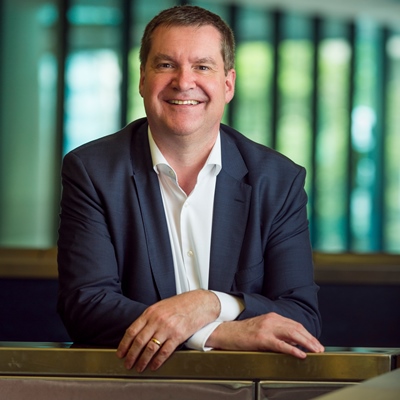 As announced in Professor Eric Morand's Head of School message last week, Professor Euan Wallace AM will soon step down as the School of Clinical Sciences at Monash Health (SCS) Head of Obstetrics and Gynaecology to take up the Premier-appointed position of Secretary of the Victorian Department of Health and Human Services.  The Premier's media release said "Professor Wallace had been jointly responsible for case management, contact tracing and outbreak management whilst serving as deputy secretary. Prof Wallace is a widely respected leader in the health sector and is well placed to lead the department through its next phase of pandemic response and recovery," Whilst the School begins a major search for a new Chair, Professor Beverley Vollenhoven has accepted appointment as Acting Head of Department.  Professor Vollenhoven said, "I am thrilled (and appropriately anxious) to have accepted the role of acting Head of the Department of Obstetrics and Gynaecology after Euan Wallace's departure.  I have big shoes to fill but hopefully mine are a lot nicer than his RM Williams boots!  I will do my best to continue our research and teaching and hope that the department will continue to grow under my short term care.  I have been at Monash University since 1979 when I was a medical student;  Eric and I were in the same year.  I have been proud to be part of the University for the majority of my working life and more recently as chair of the WiSDoM committee.  I am so proud to say that I am the first female head of the department albeit in an acting role.  I hope to work with all in the Department of Obstetrics and Gynaecology and the Ritchie Centre as well as the wider SCS in improving outcomes for all."

Professor Beverley Vollenhoven is also Director of Gynaecology, Monash Health, a Monash IVF Specialist, and is on the Victorian Honour Roll of Women 2019.