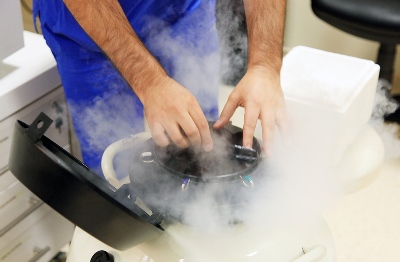 A new study of Australia’s 21 main umbrella fertility clinic companies has found that the information provided on their websites about the health risks, success rates, and costs of egg freezing is seriously lacking, with all clinics either rating as moderate or poor on an international scale of information quality.

In 2015, 1,085 Victorian women froze their eggs in the hope of having children later in life and as an insurance against reduced fertility with aging. By 2018, that number had increased to 2,411. The procedure can cost up to $10,000 as well as storage costs and carries health risks.

Yet a study by Monash researchers has found that egg freezing  may not be as simple as portrayed by Australian fertility clinics and that more information is needed for women to make an educated decision, including clear information on the costs, procedural risks, and chances of success.

None of the 21 Australian clinics in the study, published in the Australian and New Zealand Journal of Obstetrics and Gynaecology, were found to have provided sufficient information on their websites for women to make an informed choice to pursue elective oocyte cryopreservation (EOC). When measured against an information quality scale specifically developed for egg freezing, the information on Australian clinic websites was rated as either ‘moderate’ (43%) or ‘poor’ (53%) according to the study.

The percentage of women in Australia having their first child over the age of 30 has risen from 23% in 1991 to 48% in 2016. The chance of falling pregnant significantly decreases after the age of 35 and fertility clinics are offering elective egg freezing as a way of mitigating this age-related fertility decline. The procedure involves freezing one’s own eggs and storing them, with the intent that they could be used to fall pregnant later.

According to lead researcher, Dr Kiri Beilby, from Monash University Department of Obstetrics and Gynaecology, women must be provided with clear and accurate information regarding the procedural costs, health risks and chances of success to make an informed decision. “People often look to the internet for information regarding health services before consulting a physician, which makes it crucial that information provided online by fertility clinics regarding egg freezing is accurate,” she said.

Dr Karin Hammarberg, from Monash University School of Public Health and Preventive Medicine, who contributed to the study added, “The websites often quote success rate figures from larger data sets or publications which relate to overseas data rather than the clinic’s own data, when in fact these rates may represent an entirely different demographic of women.”

Egg freezing can cost between $AUD 7,000 and $10,000 per egg retrieval, with additional costs for storage and the fertility treatments required to use the eggs. To get enough eggs to have a reasonable chance of having a baby, most women over the age of 35 need more than one egg retrieval. The process also involves health risks, such as ovarian hyperstimulation syndrome (OHSS), which is associated with the hormone injections required as part of the procedure. Dr Hammarberg stated, “Women need to be properly informed of these high costs, potential health risks and chances of having a baby before they decide to undergo egg freezing”.

CLICK HERE to read the article published in The Sydney Morning Herald, 11 October 2020.