Professor Eric Morand’s achievements have been recognised for his outstanding commitment to the University with an induction into the Monash Honour Roll 2021. 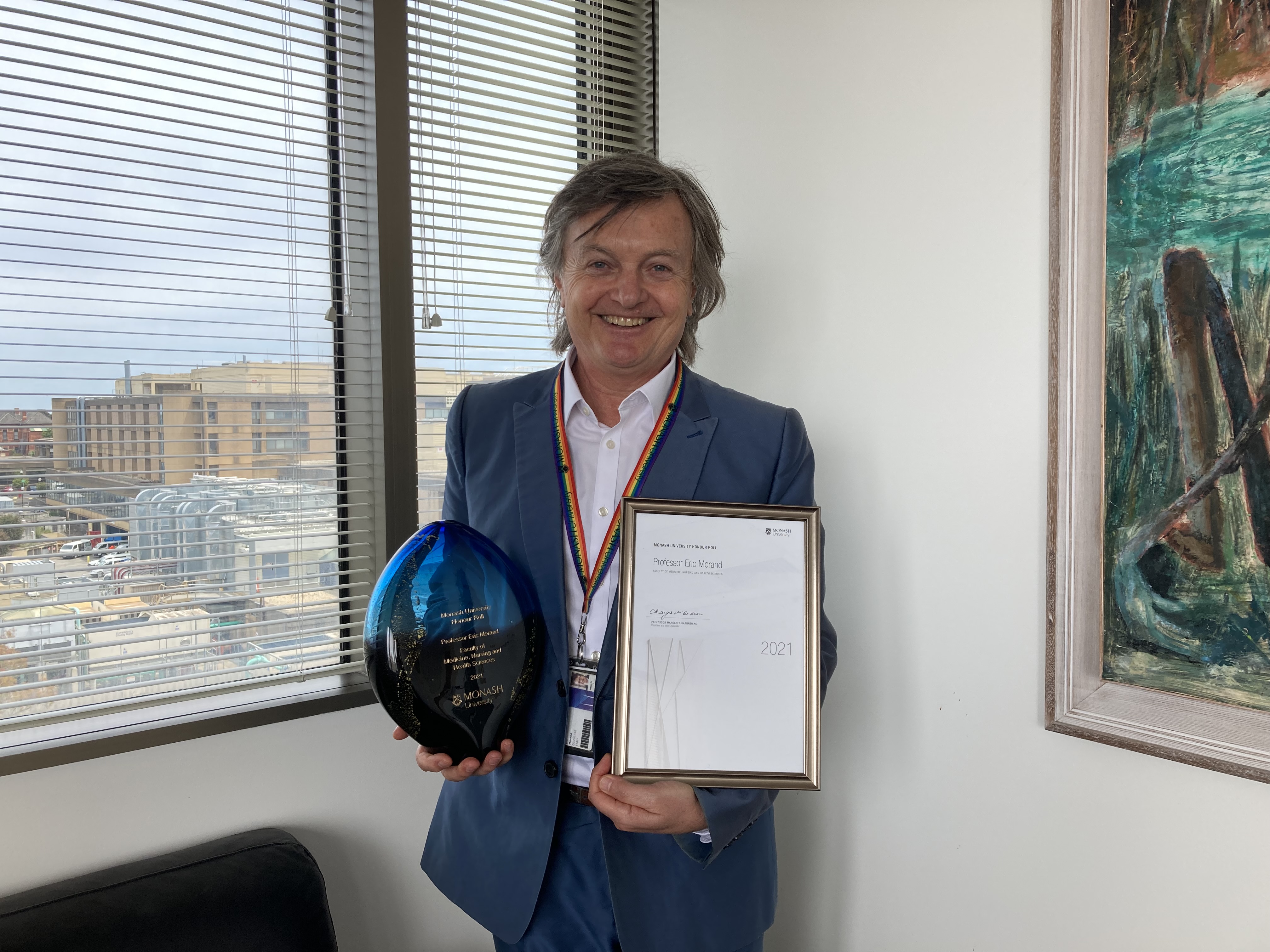 Professor Morand was first appointed at Monash after his PhD in 1996, to establish a rheumatology research presence that was previously non-existent. This unit is now one of the largest and most successful in the country. Professor Eric Morand has been Head of the School of Clinical Sciences at Monash Health (SCS) since 2011. The School is Monash’s largest site of clinical training in medicine and has also become a major research centre of excellence, at the forefront of basic, clinical, and translational research.

The honour is a great recognition of Professor Morand’s numerous achievements to education and research across the Faculty and University.

Professor Morand’s vision for the culture at the School of Clinical Sciences at Monash Health is one of a high-performance yet supportive environment. For example, arising from an evaluation of gender imbalance in medical leadership, Professor Morand established the Women in Science, Discovery and Medicine (WiSDoM) program, and implemented one of its major recommendations, the creation of a fellowship for women returning to academia from family leave.

He is also Head of Rheumatology at Monash Health, the largest service in the country. He works in clinics servicing lupus, rheumatoid arthritis, and complex rheumatology cases, and undertakes ward duty inpatient care. His unit has trained more rheumatologists currently in practice in Victoria than any other and has a strong focus on integration of clinical care with research.

His most significant single achievement is leading the Phase 3 clinical trial of anifrolumab in SLE, published in the New England Journal of Medicine in 2020 and resulting in in August 2021 in a FDA approved lupus therapy - only the 2nd drug approved for SLE in the last 60 years. This work situates him as one of the very few clinician-scientist researchers who have had influence and impact at every stage of therapeutic development. He is listed in the top 0.1% of experts in SLE worldwide by expertscape.com, and has been awarded the Lupus Research Alliance (New York) (LRA) William E Paul Distinguished Innovator Award, as well as the highest award offered by the Australian Rheumatology Association (ARA), the Parr Prize.

This year, he was awarded an NHMRC L3 Investigator Grant, the NHMRC’s highest individual research award. In total, he has brought over $30M in research income to Monash, published over 250 scientific papers cited over 14,000 times.

“As a Monash graduate myself, the privilege of serving Monash’s staff and students at SCS and supporting their growth, education, and research is a daily source of pride for me. Recognition by the University at large that my contributions have made a difference touches me deeply,” says Professor Morand.