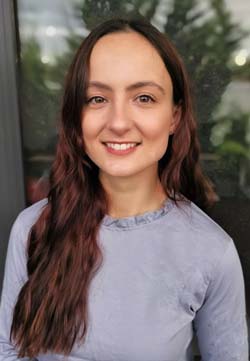 Craving a productive academic year to break up her clinical years, Nicola Ivec decided to take on a Bachelor of Medical Science (Honours) project. Nicola spent her third and fourth years rurally and after attending presentations run by the Research Society and talking to Dr David Reser, the Honours Coordinator,  she decided to choose a project offered by Monash Rural Health.

“My project utilises paramedicine data from the Nursing and Allied Health Graduate Outcomes Tracking study including student administrative data, Ahpra data, and data from two national surveys, to investigate the predictive factors for paramedicine graduates from Monash University choosing to practice in a rural setting. I considered factors such as rural origin, rural placements, and the practice intentions of students, comparing these to where they were practicing one year after graduation. I also considered whether a rural background predicted rural placements during their degree.”

Being new to this type of research, Nicola valued the great working relationship with her supervisors.

“They gave me time to discuss the direction I wanted to take my research in and allowed me room to make mistakes before amending my work. They always were timely with correspondence and advice.”

After hours of literature reviews, manipulating data and writing, the highlight of completing the project for Nicola was submitting her minor thesis. Additionally, Nicola also used the experience to hone her public speaking skills.

“I think the confidence I gained through presenting for assessment throughout the year will be most utilised as a junior doctor, as I will be communicating with many of those in the health system, most more senior than myself.”

In terms of the future, Nicola’s BMedSci (Honours) project helped her to validate her goal of practicing in a rural setting.

“I think the topic of my honours year has further solidified my end goal of working rurally, likely as a general practitioner. I read a lot of work regarding both recruitment and retention of health professionals, as well as the limited number of professionals in rural areas, and this really stuck with me.”

Nicola’s three tips for anyone considering a Bachelor of Medical Science (Honours) are:

I think the topic of my honours year has further solidified my end goal of working rurally, likely as a general practitioner.