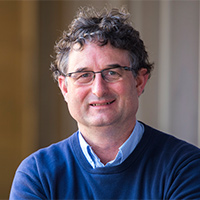 The development of individualised  treatments for autoimmune diseases to improve the quality of life for patients is  the aim of a new international research collaboration, including Monash  University.

RElapse PrevENTion in autoimmune diseases, known as RELENT,  is a multidisciplinary group of scientists, doctors and commercial partners from Europe. The consortium of nine scientific and four commercial partners has  been funded by a 6.5 million Euro grant from the European Union’s  Horizon 2020  research and innovation program and is coordinated by Professor Renate Kain,  Medical University of Vienna. There is one investigator each from the US and  Australia.

Professor  Richard Kitching, Director of the Centre for  Inflammatory Disease, School of  Clinical Sciences at Monash Health, Monash  University is a principal investigator and only Australian member of the  RELENT program collaboration.

"More than 5% of the Australian population will develop an autoimmune disease in their lifetime, often associated with significant morbidity, mortality and economic cost," said Professor Kitching.

"Autoimmune diseases can affect many parts of the body,  including the small blood vessels in the kidneys critical to their function. In some people this results in both permanent kidney failure and damage to other  organs."

Severe autoimmune and inflammatory diseases currently need  to be treated with long-term immunosuppressive drugs that have significant side  effects.  Despite this, the outcome for  individual patients varies considerably, with some people having difficult to  treat  disease with multiple relapses, whilst others have much less persistent disease.

"Currently, it is rarely possible  to tailor immunosuppressive therapy to the individual needs of patients, as we  can’t usually predict who will respond well and who will not in advance," said Professor Kitching.

"While this can be frustrating for  clinicians, it often has a huge impact on the lives of people with these  diseases. We really need to understand these diseases better to be able to  adapt treatments for each individual person."

Professor Kitching said that by  closing the knowledge gap in mechanisms of disease, the RELENT program will  provide the scientific underpinning for more individualised, safer and more  effective management for people with severe autoimmune and inflammatory  disease.

"We currently have no means of  distinguishing from the outset which patients will suffer from frequent relapses  of their disease—and therefore need intensive early treatment—from those who  will not," said Professor Kain.

"Personalising treatment according to  the disease subtype and stage is already a concept established in cancer  treatment."

"By combining clinical and serological data  with genetic and transcriptomic signatures to unravel the molecular  mechanisms that determine disease outcome, we will be able to develop  customised health care for people suffering from autoimmune  disorders,"  added Professor Kain.

The specific expertise of  Professor Kitching’s research group is not available elsewhere in the world,  and is the reason for Monash University’s inclusion in RELENT’s ambitious work  program.

Monash University’s contribution  is critical to the success of the RELENT program.

"The expertise of Monash’s team  will help us know what actually happens in autoimmune disease, so that we can better  customise treatments for each individual," said Professor Kitching.