Workplace exposures from our industrial past are returning to haunt Australia as occupational lung diseases (OLDs) once thought eradicated are reappearing, according to a new report by researchers at the Monash Centre for Occupational and Environmental Health (MonCOEH). 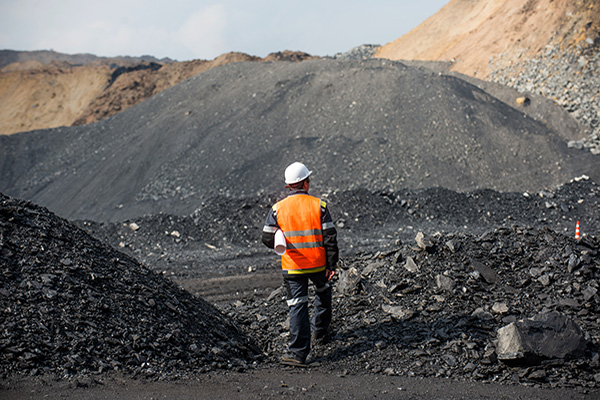 Prof Malcolm Sim AM and his colleagues were commissioned by Safe Work Australia to update Occupational Lung Diseases in Australia, the report’s first update since 2006. Their review highlighted a resurgence in Coal Workers’ Pneumoconiosis (CWP) and silicosis.

CWP, commonly called ‘black lung’, is an untreatable but preventable lung disease arising from chronic inhalation of coal dust. The fine particles settle in the lungs, triggering an immune response as the body tries to rid itself of the foreign material. It’s this inflammatory immune response that creates the fibrotic scarring seen in the lungs of affected people. As with many similar diseases, severe cases can end in lung transplantation or premature death.

Before 2015, it was thought to have been all but eradicated in Australia, but health surveillance has resumed among Queensland coal miners, and the state has seen 39 cases of CWP since 1984. The Queensland coal mining industry has responded by reducing dust exposure limits, increased reporting requirements and increased guidance to stakeholders.

Silicosis is also on the rise. Crystalline silica is used to make engineered stone used in kitchen and bathroom benchtops among other products. When cut, drilled, polished or ground, fine silica dust particles are released that can lodge deep in the lungs and cause the irreversible tissue scarring seen in this disease. 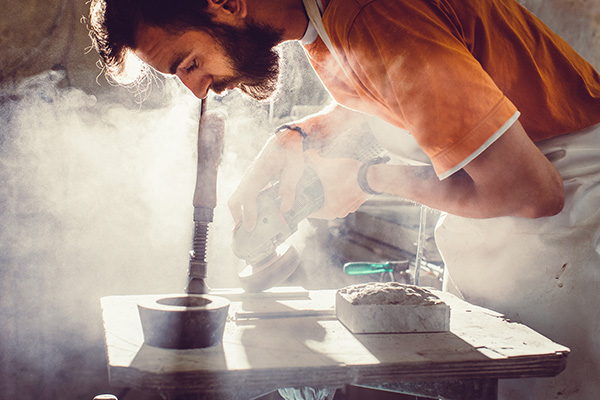 The incidence of silicosis cases has spiked in the last two years, including an accelerated form of the disease identified among engineered stone workers. The trend ties in with a rise in consumer demand for engineered stone benchtops since their introduction to domestic homes in the early 2000s, and is likely to reflect exposures dating back a number of years. In 2018, Worksafe Victoria provided funding to MonCOEH to establish the Silica Associated Disease Registry in response to the increase.

Since 2017, Queensland, South Australia and Victoria have established routine health surveillance for the stonemasons. The Registry was integral to this being implemented in Victoria, and the scheme now provides free respiratory health checks to an estimated 1,400 potentially exposed workers. As of September 2019, 115 Victorian workers completed screening, of which 78 were referred for further testing, and WorkSafe Victoria has accepted a total of 22 silicosis-associated disease claims.

The researchers also point towards information suggesting that occupational exposure may be driving cases of Chronic Obstructive Pulmonary Disease (COPD) previously attributed to smoking, and that true extent of occupational COPD is underestimated in Australia. Recent international estimates have shown that approximately 14 per cent of COPD cases are probably associated with work-related exposures.

Claims for asbestos-related OLDs, such as asbestosis, continue to decline in Australia in line with reductions in asbestos use after it was banned in 2003. However, deaths from asbestosis continue to increase which could be a function of the long latent period, that is the duration of time between exposure and symptoms.

Professor Sim says, “The long latency period of these diseases means there may be a significant number of people who are affected by exposures that occurred many years ago. Establishing occupational disease registries and conducting long-term epidemiological studies of at-risk workers is an important way of identifying risk factors as quickly as possible. Exposure mitigation strategies can be implemented and those at risk offered health surveillance.”

You can find the full report here.