Controlling tuberculosis in the Pacific

The emergence and spread of antibiotic resistant strains of Mycobacterium tuberculosis is a major concern globally, and is endemic in a number of our Pacific neighbours, such as Kiribati. 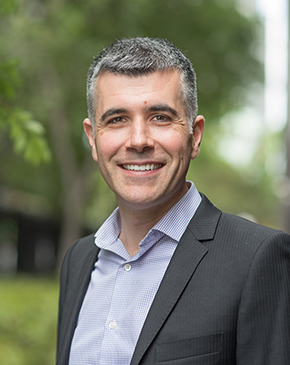 A/Prof James Trauer and team at the Epidemiological Modelling Unit have been exploring the spread of tuberculosis (TB) for a number of years, and they’ve recently received $4.25 million in MRFF funding to eliminate drug-resistant forms in the Pacific.

This new work aims to enhance knowledge and test new strategies to combat drug-resistant forms of the bacteria by tackling two driving issues – the selective pressure of antibiotics, and transmission within communities. Drug resistance occurs when patients with initially drug-susceptible TB receive inadequate drug exposure resulting from a weak treatment regimen, poor drug quality, or failing to comply with treatment.

Ensuring patients with drug-susceptible infections receive best care and adhere to treatment plans is essential to prevent further drug resistance, while enhanced care of people with drug-resistant cases is important to prevent strains becoming immune to even more TB drugs. This sadly has been seen in Daru Island in PNG, which has witnessed the evolution of ‘super strains’ resistant to multiple TB drugs. Some of the preconditions that were present on Daru Island, such as delayed diagnosis and sub-optimal management, can be seen in Kiribati today.

A/Prof Trauer’s group will work with local health authorities and colleagues from Sydney’s Marie Bashir Institute to implement a TB elimination intervention in Kiribati, improve the capabilities of the local health workforce, and use modelling to determine the most effective and cost-effective strategies to control the spread. 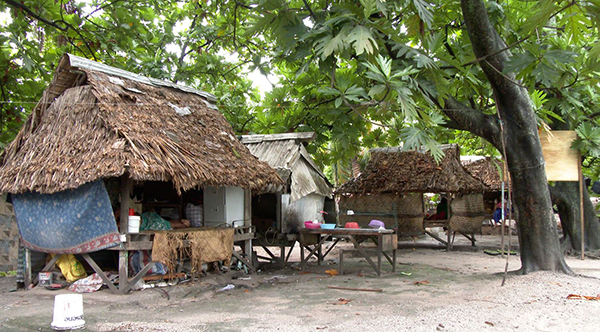 Image credit: SU8Productions. The idyllic islands of Kiribati faces numerous challenges,
such as endemic tuberculosis and the threat of rising sea waters.

The first part will comprise an ambitious screening program that aims to test the entire population, around 50,000 people over two to three years.

Capacity-building of the health workforce will consist of training workshops for TB workers within the Kiribati National TB Program, an annual five-day short course for health professionals in the wider South Pacific area, and the development of a TB register and professional network for health workers to drive communication and support.

Modelling will be performed using the Australian Tuberculosis Modelling Network (AuTuMN) platform, developed previously by the team at Monash. This platform has been providing The Global Fund for Fight AIDS, Tuberculosis and Malaria and individual countries with the expertise to model the impact and cost-effectiveness of specific TB control activities since 2015.

The project will apply knowledge from work previously conducted by A/Prof Trauer and EMU colleague Dr Romain Ragonnet in partnership with Centers for Disease Control staff in Hawaii. They modelled the Marshall Islands’ roll out of an aggressive suite of interventions to actively detect TB cases in the two largest islands, and early data indicates the spread has been controlled. The team continue to work on models that predict whether these immediate successes are likely to be sustained over the coming years.

DONATIONS
To support our research, visit the Monash Giving page, or phone + 61 3 9903 1608 and mention School of Public Health and Preventive Medicine.