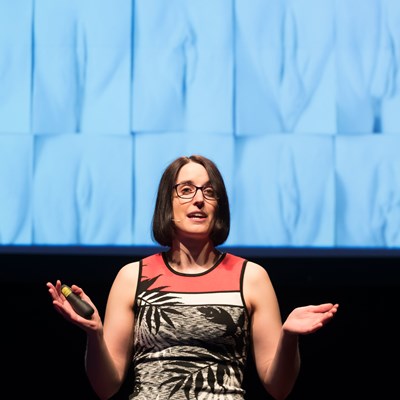 Cosmetic genital surgery is on the rise and the most common procedure is a labiaplasty, the surgical reduction of the inner vaginal lips so they don’t overlap the outer lips.

This procedure is on the rise in teenage girls.

A 2016 survey of 443 Australian GPs found that a third have seen patients aged below 18 wanting to trim or shape their genitalia. Almost all the doctors surveyed said they had seen women of all ages express concerns about the appearance of their genitalia. The reasons for this anxiety included a "perception of normality based on images seen online", particularly those in sexualised media.

A Monash University study – just published in the journal, Body Image – looked at how a 2 minute video highlighting the variability in labia shape and size, aimed at teenagers could assist in creating a positive genital self-image.

According to lead researcher and Senior Research Fellow,  Dr Gemma Sharp, from the Monash Alfred Psychiatry Research Centre, girls’ concerns about their genitals generally surface in adolescence, as the growth of the labia minora coincides with pubertal development. “Teenage girls tend to begin scrutinising the appearance and symmetry of their labia minora as they grow and potentially become concerned when they notice these changes,” she said.

“Mainstream media, including social media, has served to reinforce the idea that there is only a narrow range of visually acceptable cisgendered female genitalia. The generation of adolescents who have grown up on social media have normalised and internalised these images.”

Labiaplasty, the most common genital procedure, involves the process of surgically reducing the inner vaginal lips - the labia minora, so they do not protrude beyond the outer lips, the labia majora.

Dr Sharp, together with graduate student Anne Nileshni Fernando, conducted a study that aimed to educate adolescent girls about their own genital anatomy and emphasize diversity.

“This particular study was exciting and novel because we targeted adolescent girls for the first time,” said Dr Sharp.

“A lot of genital self-image work has been done with adult women, but we were capturing these women after their genital attitudes were firmly established. We need to focus on when the concerns start and that is in adolescence.”

343 females living in Australia, aged between 16-18, were shown a video titled ‘Let’s have a chat about what's going on down there.’ The video outlined three areas: the anatomical structures and functions, the diversity in normal female genitals and the visual changes and the misconceptions being represented to females in mainstream media.

The project demonstrated the great effectiveness of a brief educational video. The results obtained from the study showed how the number of girls considering undergoing labiaplasty reduced significantly after watching the brief video. A higher number of the girls reported being satisfied with the appearance of their own genitals after watching the video than before.

The information addressed in the video also successfully improved the girls’ anatomy knowledge, with participants achieving close to 100% when asked, post viewing, to label anatomical features on a diagram of cisgender female genitalia. This outcome was a great improvement on the results obtained pre-viewing the educational video.

Going into the study, both researchers understood and expected that most girls would be unfamiliar with the specific anatomical features of their own genitals. The topic is still largely “stigmatised and considered a taboo for centuries,” said Dr Sharp.

“I wish we had a better answer as to why that is the case, why men’s genitals have historically and culturally been proudly on display, while female genitals have been shamed.”

Dr Sharp is currently conducting similar studies with younger age groups, and other genders. She believes that more studies like this should be undertaken, as improvements in genital self-image has the potential to lead to greater sexual well-being as adolescents transition into adulthood.

Dr Sharp said that a young person’s satisfaction with their own genitals has “major impacts on their sexual health and relationship satisfaction”.

“Asking teens about their genitals is a minefield, but it’s important research that needs to be explored,” Dr Sharp said.

See 7 Oct 2020 Conversation article, "Is my vulva normal? Not all genitalia look the same, and we're trying to teach teenagers that".