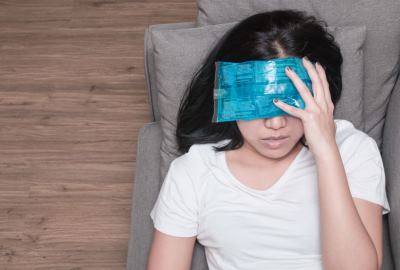 A recent study by Monash University has shown the effectiveness of a migraine drug called Erenumab (Aimovig) for chronic sufferers, which sadly remains unaffordable for most patients.

Involving 170 patients living with frequent, severe migraine attacks (chronic migraine) across three specialist headache centres in Australia, findings revealed that after being prescribed Erenumab, after three months 58.8 per cent had at least halved the number of ‘migraine attack’ days each month. This result was maintained at six months, with 50 per cent experiencing half the number of days with migraine that they had at baseline.

Erenumab was recently withdrawn from the Pharmaceutical Benefits Advisory Committee (PBAC) approval process in Australia. However, the findings, published in Headache: The Journal of Head and Face Pain, demonstrate that Erenumab is an effective, well-tolerated migraine therapy, in real-world, complex patients, but will remain out of reach for most people due to cost.

The study, led by Dr Elspeth Hutton from the Monash Department of Neuroscience, ran from October 2018 to April 2020 and examined the effectiveness of the drug in two groups, with an average age of 46 years and 90 per cent female.

One was the ‘product familiarisation group’, members of which were prescribed the drug by their neurologist or pain physician at no cost, because of the complexity of their condition.  These were often patients who are overusing analgesic medication or have failed multiple preventive therapies and would likely be excluded from traditional drug trials.

The other group was the ‘paid access’ group, which included patients who could access Erenumab on a payment program after a three-month free trial.

“We are hopeful that two other treatments in this class may be available at an affordable price for patients soon,” Dr Hutton said.

Similar to the Erenumab drug, Galcanezumab (Emgality) and Fremanezumab (Ajovy), have received PBAC approval but are not yet listed on the PBS.  “These drugs represent a significant advance in migraine care, and with many patients describing them as ‘life-changing’, they bring new hope to many living with migraine disease.”

Read the full paper in Headache: The Journal of Head and Face Pain titled: Erenumab in Chronic Migraine: An Australian Experience DOI: 10.1111/head.13968

For an overview of Monash Neuroscience please download our Capability Statement