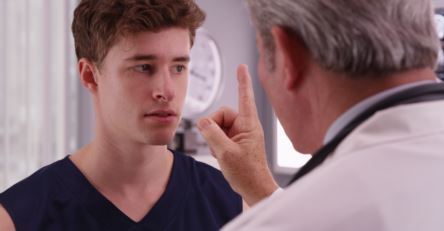 Monash researchers have published the first study to report long-term physical damage to the brains of young adult Australian rules players, even six months after their most recent concussion, raising concerns about the long term neurological health of these players.

A Monash University study, published today (21/6) in the journal Cerebral Cortex, found damage to the white matter and cortex in players even six months  after their concussion, raising concerns that Australian Rules players who experience concussion result in persistent brain injury.

Importantly, none of the footballers had sustained a concussion in the preceding six months, and all players were asymptomatic.

The study, led by Dr Brendan Major, from the Monash University Department of Neuroscience, found that Australian footballers with a history of sports-related concussion had evidence of widespread white matter damage and cortical thinning compared with non-collision sports athletes.

White matter is found deeper in the brain and is involved in learning and the coordination of signals between the different parts of the brain. The cortex is the outer layer of the brain associated with motor, sensory and visual functions.

According to Dr Major, these novel findings “provide evidence of widespread persisting white and gray matter abnormalities in Australian footballers with sports-related concussion, which do not resolve even after six months post-impact,” he said.

“This raises concerns related to the long-term neurological health of these athletes.”

Australian Rules Football is Australia’s most participated collision sport involving around 1.5 million players, male and female, amateur and professional, annually with an estimated incidence of 2.2–17.5 sports-related concussions for every 1000 playing hours.

Despite its popularity, relatively few studies have investigated the neurological impact of a history of concussion in Australian footballers, according to Associate Professor Shultz, a senior author on the paper.

“Most of the research to date investigating the consequences of players with a history of sports-related concussion has been conducted in popular North American and European sports such as American football, ice hockey, and soccer and has primarily involved older and/or retired athletes,” he said.

“However, unlike American football and ice hockey, Australian football is played without helmets, which may modify the nature of injury compared to helmeted sports.”

Taken together, “these findings support the notion that both the primary impact as well as secondary injury pathways may have roles in long-term brain damage after sports-related concussion,” Professor Shultz said.

Dr Scott Kolbe, another senior author on the paper, noted that while this current study focused on relatively young adult male athletes, “it would be of interest to follow these athletes longitudinally to investigate whether the observed abnormalities worsen, recover, or plateau with age”.