New study to look at TMS treatment for OCD 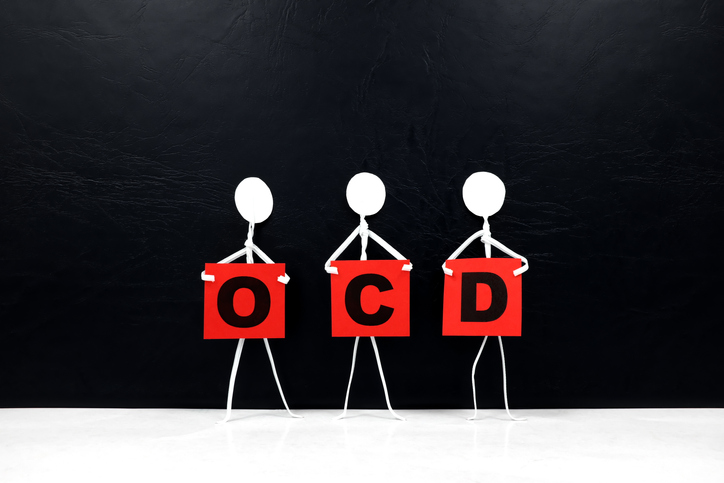 The benefits of Transcranial Magnetic Stimulation (TMS) on people with obsessive-compulsive disorder (OCD) is the focus of a collaborative study between Monash University and the Epworth Centre for Innovation in Mental Health (ECIMH).

OCD can have a profound effect on a person’s life with psychological therapy, self-help techniques, and medication the current treatment options, although these are ineffective in many patients.  Using a form of TMS, a non-invasive brain stimulation treatment that can change brain activity, researchers will use Theta-burst stimulation (TBS) to try to normalise brain activity in OCD patients.

The study offers participants individualised treatment using a process known as Neuronavigation, which involves mapping an individual's brain and then matching that to MRI images so that the treatment site can be found with more precision.

TMS has shown to be so successful for managing treatment-resistant depression that it has recently been added to the Medicare Benefits Schedule.

Dr Murphy says TMS is approved for the treatment of OCD by the US Food & Drug Administration. However, the same evidence base has not been established in Australia. This study will investigate the efficacy of TMS for OCD in Australia.

“TMS is a very promising technology and has already shown efficacy in treating other conditions, such as depression, and is a promising step forward in developing individualised treatments,” Dr Murphy said.

Involving a daily two to three-week treatment period with a three-month break in between, the trial is looking to recruit people aged between 18 and 75 until the end of 2021.

Given that many individuals with OCD may display fears of contamination or infection, the ongoing global pandemic has added a significant additional psychological burden for these individuals, with fewer people accessing treatments for OCD due to fears of going out in public, reduced capacity at clinics, longer waiting times to see clinicians due to the increased demand for mental health services and less social support.

Experiencing symptoms of OCD since early childhood, Rachel* was diagnosed in her early twenties. With her symptoms and fear of things being dirty, that people around her are going to be injured or die, and that things often feel out of place, increasing in intensity throughout her life, now in her sixties, she is often fearful to leave home and unable to work.

“My compulsions relate to those obsessions, including rigid ordering and routine, excessive cleaning and counting rituals. I’ve tried a plethora of typical pharmacological treatments for OCD but I’ve been unable to tolerate medications well, often suffering debilitating nausea every time I try a new medication. The TMS trial is an alternative I just have to try - it gives me hope.”

Dr Murphy says OCD is a severe and relatively common mental illness that significantly reduces the quality of life of more than 230,000 Australians, frequently leading to isolation, family dysfunction, difficulty in forming and maintaining relationships, and unemployment.

“Although medications and other therapies are effective treatments for OCD, more than half of individuals with OCD still present with symptoms that affect their daily functioning more than 40 years after initial treatment. Many individuals also report experiencing side-effects of medications, which makes adherence to treatment quite difficult, he said.”

“The study we are running is particularly promising as we have identified regions of the brain that are typically altered in individuals with OCD and can then use MRI scans of the participant’s brain to identify where we will stimulate with TMS.

For more information on the trial or to register as a participant please click here.

*Pseudonyms have been used to protect the identity of the participant.  She does not wish to be identified but is happy to talk to the media if her identity can remain anonymous.