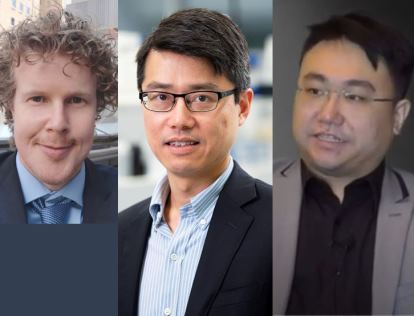 Epilepsy is a neurological disorder characterised by seizures that are caused by a disruption of electrical activity in the brain. Over 14,000 new cases of epilepsy were reported between 2019 – 2020. Epilepsy is the second most burdensome neurological condition after dementia and costs the Australian economy $12.3 billion per annum. People with epilepsy often experience depression, anxiety, suicide, migraine or stroke at significantly higher rates than that of the general population.

No cure exists for epilepsy. However, medication-based treatment to control seizures is relatively effective in approximately 70% of patients. The focus of treatment is to both achieve and maintain ‘seizure freedom’ for patients in order to reduce associated health complications, and maximise quality of life and productivity.

A study published recently in the influential neuroscience journal, Brain, led by senior author Professor Patrick Kwan, has developed and validated models capable of predicting the probability that a person with epilepsy will achieve future seizure-freedom. These models may be used to inform treatment decision making.

First author Dr Hugh Simpson and the team built the models using longitudinal data collected over a 30 year period from people with newly diagnosed epilepsy in a specialist clinic in Scotland. They validated the models using an independent dataset from patients seen in Perth, Western Australia. They used Markov modelling which is able to model the dynamics and outcomes of a disease course, particularly for chronic conditions that either fluctuate significantly, such as depression, or progress over time, such as diabetic nephropathy.

The team was interested in extending upon the findings of an earlier study of theirs in which the endpoint in demonstrating treatment outcomes was limited to seizures experienced at the last follow up. “However, this does not fully capture the dynamic response we see in people with epilepsy over time,” said Professor Kwan.

Knowing how a person will respond to medications in the long-term is enormously challenging for clinicians as each person’s disease course is different and changes with time due to multiple biological and lifestyle factors. The current medication-based treatment approach uses ‘trial and error’ - that is, an anti-seizure medication is selected mainly based on the type of seizure a patient reports to their clinician, but this approach is not reliable.

Markov modelling has seen only limited use in epilepsy previously, and its full potential in demonstrating a more accurate picture of the dynamics and progression of epilepsy has never been explored – until now. A better understanding of the fluctuations and responses to medications help clinicians and patients alike understand their epilepsy and what to expect with time. This in turn is crucial in formulating rational treatment strategies. Although the likelihood of attaining seizure-freedom decreased with each unsuccessful medication trial (as was previously known), once seizure-freedom was achieved, it was ongoing, regardless of how many medications were trialled.

“This is what surprised us the most, and I think gives us the most hope, that despite having tried many medications, there is still light at the end of the tunnel for people with epilepsy. This finding runs somewhat against common clinical intuition, which can become quite pessimistic after multiple unsuccessful medication trials,” said Dr Simpson.

The findings from this study are important for providing patients with greater certainty in the effectiveness of their treatment and disease course in the long-term. The team is now looking at making the use of these predictive models easier for clinicians in practice by generating seizure-freedom / recurrence risk tables.

Risk tables or heatmaps have been produced in the field of cardiovascular disease and their benefits are endorsed through official professional peak bodies including the Heart Foundation and World Health Organisation. They are a tool clinicians can use while consulting to improve counselling and treatment decision making with patients, thereby facilitating a more “personalised medicine” or individualised approach.

“It is really important that we can provide more certainty in treatment response for patients with epilepsy, right from the point of diagnosis, who are making life choices while living with this chronic neurological disease. This tool will enable that to happen,” said Professor Kwan.

“Furthermore, the models will be beneficial for healthcare resources planning. Patients whose seizures are not controlled have been shown to have 10-fold higher healthcare costs compared to patients who are seizure free. With our models, a more accurate allocation of resources can be made by local healthcare organisations (e.g. public hospitals) and the state and federal Departments of Health.”