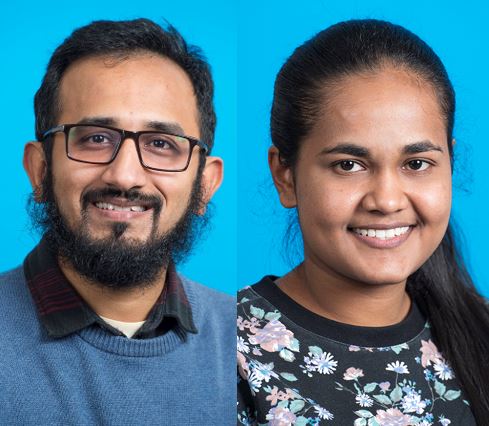 To make significant research advances to improve outcomes for people with drug-resistant epilepsy, researchers need to understand the molecular and neurobiological processes that occur within the brain to enable them to identify new therapeutic targets.

Researchers from the Epilepsy & Behaviour research group in the Department of Neuroscience have moved a step closer to this goal by publishing findings to show that a pre-clinical mouse model, known as the self-sustained Electrical Status Epilepticus (SSSE) mouse model, strongly resembles features seen and experienced by patients with drug-resistant mesial Temporal Lobe Epilepsy.

As its name suggests, mesial Temporal Lobe Epilepsy (mTLE) is a type of acquired epilepsy (caused by insults or diseases to the brain) that affects the internal structures of the temporal lobe of the brain. mTLE is one of the most common forms of focal epilepsy in which seizures occur in one area of the brain, in this case in the hippocampus or the nearby surrounding area.

Finding a good model that can resemble the seizures, neuropathological features and behavioural comorbidities (phenotype) observed in humans with epilepsy is a major challenge for neuroscientists. Translational research to study acquired epilepsy in the laboratory (pre-clinical setting) primarily uses validated rat models.

One of the senior authors of the study, Dr Idrish Ali, said, “it is really hard to model acquired epilepsy in the mouse, but mouse models are the best way to understand and study the biology and mechanisms that cause acquired epilepsy.”

Chemoconvulsants, including pilocarpine and kainic acid, are used experimentally in animals to develop acute seizures and chronic epilepsy. However, there are disadvantages with using mice as they are either too sensitive to the chemoconvulsants which results in increased mortality or only a small proportion develop epilepsy.

Other studies have shown that directly administering kainic acid into the hippocampus of the brain does reduce the mortality but the seizures which occur are actually not typical seizures. Rather, they are abnormal activity or events called hippocampal paroxysmal discharges. Dr Ali said, “This is not representative of the clinical condition and hence it is not an accurate model to use. The patterns seen on EEG are not equivalent to an epileptic seizure and there are 50-60 seizures per hour which is not realistic at all to what people experience in epilepsy.”

The model used in this current study doesn’t use chemoconvulsants, it uses electrical stimulation in a part of the brain involved in mesial temporal lobe epilepsy. The SSSE model in mice has not been studied before to confirm the seizures, neuropathological processes and behavioural comorbidities are representative of the features seen in people with mesial temporal lobe epilepsy.

This study is the first to validate this model in the mouse, led by first author PhD student Ms Peravina Thergarajan. Ms Thergarajan is currently working on a project exploring microglia in the SSSE mouse model and how neuroinflammation plays a role in the development of epilepsy while she awaits conferral of her PhD.

Most importantly, the researchers demonstrated a better overall mortality rate of 9% compared to similar traditional models (e.g. kainic acid and pilocarpine) that can be in the range of 40 - 60%. Dr Ali said, “The model minimises or reduces the number of animals that need to be used in research as there aren’t as many that die, so is enormously beneficial for animal welfare, something we strongly value in our research work.”

This SSSE mouse model has now been used successfully in three further individual projects in the department. “We are looking at therapeutic targeting in particular for drug-resistant epilepsy, so this model will provide a valuable tool to enable the next phase of our research program.”