Homelessness is common for teens leaving out-of-home-care. We need to extend care until they are at least 21 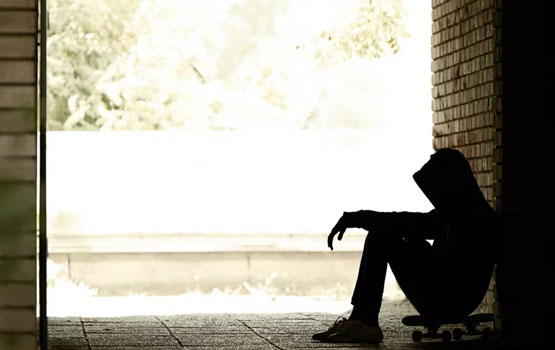 Young people transitioning from out-of-home care – whether it’s foster, kinship or residential care – are disadvantaged in many ways. Many have experienced abuse, neglect, family hardship or illness. They may feel long-term grief due to family separation.

And while some enjoy stable placements with committed foster or kinship carers, others – particularly those in residential care, supervised by rostered staff – may experience instability as friends or support workers come and go.

Most exit the out-of-home care system at 18, or younger, without ongoing support.

Unfortunately, however, many such young people quickly encounter homelessness, unemployment and contact with the criminal justice system soon after leaving out-of-home care. Instead of leaving these people to fend for themselves at age 18 (or younger), we need a nationally consistent model of extended care that supports care leavers until age 21.

A 2021 study by the CREATE Foundation (which represents young people who have experienced out-of-home care) found homelessness was common among people exiting the system. Almost 100 of the 325 sampled care leavers aged 18-25 experienced homelessness in the first year after their transition.

"More than half the 1,848 Victorian care leavers in this study (using data from leavers during 2013 and 2014) accessed homelessness services in the four years after leaving care, while one in three had multiple homeless experiences. Participants with experiences of residential care and multiple foster care placements were more likely to experience housing disruptions."

Another national study noted care leavers were three times as likely as other young Australians to have received social security payments.

Of course, many care leavers do integrate effectively into the social and economic mainstream. Some have difficult lives but still manage to cope, while others struggle to overcome adversity and social exclusion.

In general, those who achieve successful transitions tend to leave care later than 18 years of age and receive ongoing support well into their twenties from, for example

These supportive relationships, which mirror the assistance that most of their non-care peers naturally access from their parents, provide the social capital needed to acquire housing, food, clothing, a driver’s licence and entry into sustainable education, employment and training.

According to one young person who remained with their foster family in Victoria beyond 18 years:

"I was in the same home for 11 years, they were like my parents so they didn’t kick me out or anything. It wasn’t like I was in their care; I was like a part of the family."

One young person from Victoria who was suddenly forced to leave care commented:

"I mean if you have a kid, you’re not going to kick him out as soon as they turn 16. You’re not going to, you know, tell your kid that ‘oh you have to find your own way to learn how to drive or anything’. You’re going to take them by the hand, you’re going to help them with each of these things. Even after your kid’s left, you’re still going to, you know, check up on them, you’re going to go there make sure they’re eating properly, cleaning the place properly. I had no idea how to clean anything."

Young people who have harder transitions often include those in youth justice custody when they turn 18 years of age, some young parents, those who have a major cognitive disability or poor mental health and some Indigenous young people who have been prevented from forming a connection with their culture, identity and community.

The best way to boost the life chances of all care leavers is to introduce a nationally consistent model of extended out-of-home care from 18 to 21 years. This is the model advocated by the Home Stretch campaign led by Anglicare Victoria.

Evidence from evaluations of extended care programs in the US and UK confirms providing support until age 21 can improve outcomes for care leavers.

As of April 2022, the Home Stretch model has informed the introduction of major extended care safety nets in six out of Australia’s eight states and territories.

No state or territory allows young people living in residential care to remain in their existing homes beyond 18 years of age.

Nor have any of them introduced Staying Close programs similar to those trialled in the UK, whereby residential care leavers are supported to live close to their former accommodation and maintain existing relationships with their former carers and support networks.

The federal government, via the recently updated National Framework for Protecting Australia’s Children, should establish a nationally consistent model of extended care that would universally assist all care leavers until age 21.