Nerve stimulation may be potential therapy for leaky gut diseases 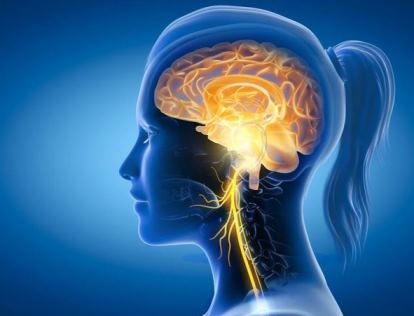 The vagal nerve, called the “wanderer nerve”, extends from the brainstem behind the ear area, through the neck and the thorax down to the abdomen. It regulates inner organ functions and carries information of organs including the gut, heart, lungs and liver to the brain.

Animal studies have previously suggested that vagal nerve stimulation may improve intestinal barrier function but this is the first study that the authors are aware of, that has tested this in humans.

The study, led by Dr Tamara Mogilevski, a Melbourne gastroenterologist and PhD student at Monash’s Department of Gastroenterology, in conjunction with Barts Health NHS trust, London, appeared in ‘Neurogastroenterology and Motility’ last month.

“It’s exciting because perhaps this could be used to really improve the response to therapies for IBD or IBS or even be a primary therapy,” senior author Professor Peter Gibson said.

The study tested 16 healthy people administered a dose of corticotropin releasing hormone, which causes stress in the body, which in turn increases small intestinal permeability. Stress is believed to be a precipitant of flare-ups in people with gut inflammation.

The subjects were randomised to non-invasive vagal nerve or sham stimulation. The vagal nerve stimulation was applied with mild electrical stimulation over the ear area for 10 minutes on each side, creating a tingling sensation.

“It’s great because you don’t have to stick things like electrodes into people, just 20 minutes of this stimulation per day,” Professor Gibson said.

Vagal nerve stimulation is an old therapy. The “OM” chanting by Buddhist monks is thought to cause a vibration in the ear that stimulates the auricular branch of the nerve, which improves mood, feelings of calmness and relaxation, and focuses attention.

It is now of considerable interest to scientists and clinicians, and people interested in health and wellbeing. Vagal nerve stimulation is used in Australia to treat severe epilepsy and psychiatric disorders such as depression and anxiety.

The study concluded that transcutaneous vagal nerve stimulation, as a non-pharmacological, low-cost intervention with minimal side effects, warrants testing in clinical settings to determine its therapeutic effect.

Professor Gibson said that while the results were exciting that measuring gut permeability was difficult and it was not known at this stage whether the technique would work in the longer term or if it was effective in reducing inflammation.

“This is where our work is going,” he said.

Dr Mogilevski conducted the research as part of her PhD at Barts Health NHS trust and at Monash.

Review article about the subject.