The antibiotic unknowns of stingray infection 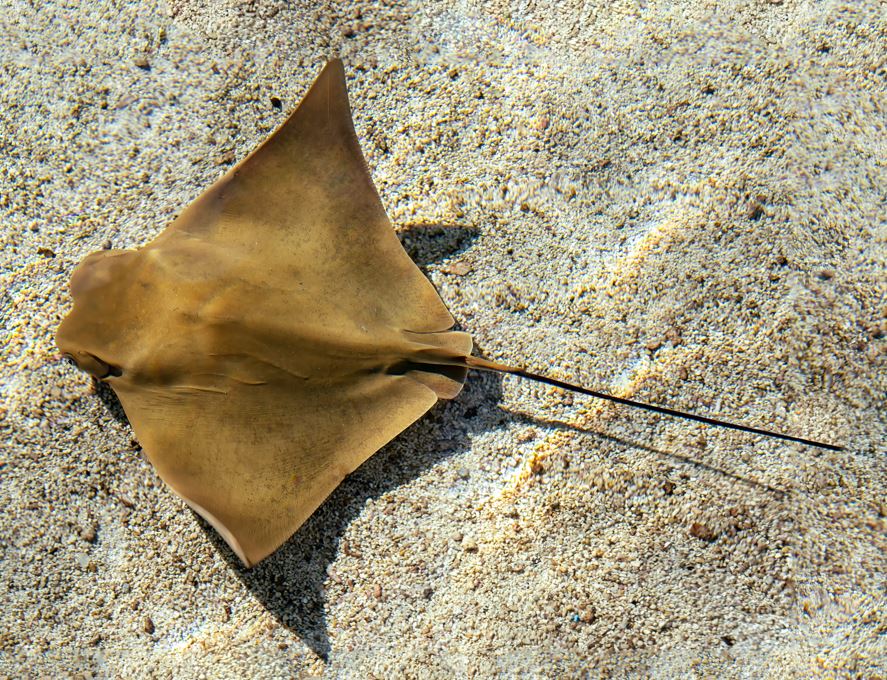 As a plastic and reconstructive surgeon, the Peninsula Clinical School’s Professor Warren Rozen occasionally treats patients with injuries sustained after a stingray attack. One of them arrived with an infection that developed after injury which, disturbingly, didn’t respond to commonly used antibiotics, making it difficult to treat.

Professor Rozen searched the available literature for the best antibiotic treatment regime for the patient but realised no good recommendations existed directly targeting stingray injuries: he decided to investigate.

In Victoria, stingrays are the second most common cause of marine animal injuries presenting to emergency departments after shark attack. Injuries can range from superficial grazes and bites to deep puncture wounds if the person is hit by the barb in the stingray’s tail. Depending on the severity and location of the trauma, stingray injuries can be serious; a sting to the abdomen, lungs or heart can be fatal.

The serrated-edged backwards-pointing barbs can remain in tissue along with foreign mucous and skin cells that come off the stingray. “It’s a quite contaminated environment that predisposes the patient to a high risk of infection,” Dr Cevik said. “Certain organisms exist on the stingray itself that have concerning antibiotic-resistance profiles,” he said. “However, this has not been well-studied.”

The barb is often laced with venom, not of itself very toxic but which can potentially interrupt electrical conduction in the heart, although this is uncommon. The venom can cause local wound necrosis, which increases the risk that the wound will become infected. Subsequently, infections may progress to more concerning conditions such as osteomyelitis (infection of the bone), necrotising fasciitis or septicaemia, which has a high mortality risk, Dr Cevik said.

A retrospectively reviewed cohort study of 22 patients presenting at Peninsula Health with injuries sustained following stingray attacks was conducted over a 24-month period. Of these, eight infections were reported. One case grew a highly-resistant Vibrio species.

Among the literature reviewed, 18 cases of infections were identified, many of which led to significant complications for patients. The micro-organisms identified were diverse and there was little consistency, and conflicting recommendations, among the antibiotic regimens utilised, the study found.

It concluded that based on the antibiotic susceptibilities of causative bacteria, along with extrapolation from recommendations and guidelines identified in the literature, ciprofloxacin, doxycycline and trimethoprim-sulfamethoxazole appear to be the most appropriate antibiotics choices for prophylaxis or treatment of localised infection.

“This research is useful to doctors in the emergency department and for us as surgeons managing these patients during and after surgery,” Professor Rozen said. “We’ve always based our management on empirical information, but it’s great to have some solid data on which to base our management. On the Peninsula especially, this is such a common presentation, that we felt this was essential to evaluate,” he said.

Further research was needed to ascertain antibiotics that will best target infection by the unique organisms on the stingray, Dr Cevik added. “I think the study’s been useful in scrutinising the current state of the literature and in showing where future research is needed, and it explains why this is important,” he said. “Hopefully more studies will come out that will recommend the relevant antibiotics that are most effective, particularly in the treatment of systemic infection.”

Dr Cevik completed his undergraduate degree in biomedical science at Monash University and has recently completed his medical degree. Surgeon Professor David Hunter-Smith from the Peninsula Clinical School was also involved in the study.