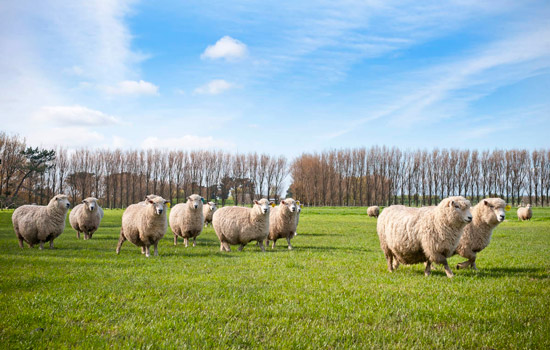 An international research collaboration has made an important discovery in the quest to help lower global agricultural methane emissions.

The team has identified new processes that control methane production in the stomach (rumen) of sheep and other ruminants.

Specifically, they determined the microbes and enzymes that control supply of hydrogen, the main energy source for methane producing microbes (methanogens).

This discovery is important because scientists can now begin to manipulate the process to reduce methane production from sheep, cattle and deer.

The international study, led by Associate Professor Chris Greening of Monash University’s School of Biological Sciences, also involved researchers from AgResearch, and the Universities of Otago (New Zealand), Illinois (USA) and Hokkaido (Japan). The findings are published in the prestigious International Society for Microbial Ecology Journal.

Associate Professor Greening said: “We’re excited about this research because it has strong potential to lead to new strategies that slow agricultural methane emissions, which will vital for the ongoing health of the planet and sustaining economies like ours.”

Previous research has already shown that microbes play an important role in controlling methane levels. Now for the first time researchers understand why.

The researchers studied two types of sheep – those producing high amounts of methane and those producing less. They found the most active hydrogen-consuming microbes differed between the sheep: methanogens were the main hydrogen users in high emitters, whereas non-methane producers (including acetogens, fumarate, nitrate and sulfate reducers) dominated in low emitters.

Similar analysis of the hydrogen-producing organisms found that one group of microbes, the Clostridia, accounted for most of the activity.

Researchers studied hydrogen production in detail in a representative group called Ruminococcus albus. They showed the organism fine-tuned its metabolism in response to hydrogen levels in sheep and this increased energetic efficiency.

These findings lay the foundation for strategies to reduce methane emissions by controlling hydrogen supply. One strategy is to introduce feed supplements that encourage non-methane producers to outcompete methanogens.

“Controlling the supply of hydrogen to the methanogens will lead to reduced ruminant methane emissions and allow us to divert the hydrogen towards other microbes that we know do not make methane,” Associate Professor Greening said.