Stargazing enthusiasts will be taken on a stunning journey through space with Stargazing Live a show airing on the ABC featuring renowned physicist Professor Brian Cox and a panel of six scientists - including Monash’s very own Dr Alina Donea, a senior lecturer in the School of Mathematics.

Broadcasting over three nights from Australian National University’s Siding Spring Observatory (SSO) in New South Wales, the series will immerse the audience in a celebration of the night sky, with a focus on features that are best experienced from Australian soil.

Dr Donea, an applied mathematician and an astrophysicist, is also a member of the Monash Centre for Astrophysics.

She is an expert in Helioseismic Holography (a mathematical method which can tell you how loud is the Sun), and can detect solar quakes and other seismic waves  in satellite images from state-of-art instruments. 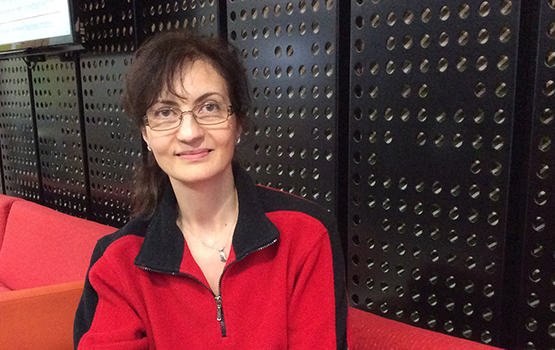 “Mathematics is applied to solar physics phenomena, when we want to interpret and predict,” Dr Donea said.

“We use mathematical modelling of mode conversions of magnetic and seismic waves in the Sun to understand the real Sun,” she said.

“This methodology allows us to elucidate a few enigmas of the Sun, such as solar seismicity.

“It’s as if we use a ‘mathematical stethoscope’,  similar to the  medical instrument for listening to the action of someone's heart or breathing, to listen to the heart of our star.”

The theme of the Back to Earth show is the Solar System.

Back to Earth allows viewers to journey deeper into the ideas explored and directly ask questions of both Professor Cox and the panel of expert scientists.

“I am always eager to talk my research and discoveries, and how mathematics can be used to help understand the Sun.”

“The Back to Earth show is a wonderful opportunity to share the joy of this journey,” Dr Donea said.

She expects that there will be questions during the show about the current solar cycle 24, which is declining more quickly than previously predicted and affects the solar system balance.

“This is the smallest solar cycle in 100 years with sunspots numbers significantly decreasing by 50% or greater,” Dr Donea said.