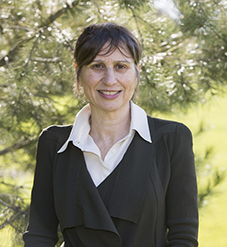 Professor Susan Davis, Head of the Women’s Health Research Program at the School of Public Health and Preventive Medicine, has led a team of researchers who have demonstrated that testosterone supplementation may significantly improve sexual wellbeing in postmenopausal women. Adverse side effects of non-oral formulations were found to be restricted to weight gain and mild cosmetic effects, but more data are needed to assess long-term safety and expert guidelines are urgently needed. The research was recently published in The Lancet Diabetes & Endocrinology.

Testosterone is known as a ‘male’ hormone, but is also an important hormone in women. Levels decline over a woman’s lifespan, and can drop sharply following surgical menopause. However, until now its use in women has been controversial, and testosterone replacement is not approved as a treatment for women partly due to concerns about increasing the risk of heart disease, diabetes and stroke. Previous reviews have suggested that replacement can improve sexual dysfunction, but have included only scant evidence for safety or for adverse side-effects.

This study is the most comprehensive meta-analysis of testosterone treatment for women ever undertaken, and included 46 reports on 36 trials involving 8,480 women.

Prof Davis says, “Our results suggest it is time to develop testosterone treatment tailored to postmenopausal women rather than treating them with higher concentrations formulated for men. Women live a third of their lives after the menopause, but no approved testosterone formulation or product exists for them in any country, which is a missed opportunity considering the benefits we found for their sex lives and personal wellbeing.”

The trials incorporated into the review compared testosterone treatment to a placebo or to an alternative hormone treatment such as oestrogen, with or without progestogen. Sexual function was reviewed, as well as heart, cognitive and musculoskeletal measures. Risk of heart disease and breast health were also considered, as well as the development of other potential adverse effects.

In 15 studies involving 3,766 women, there was a strong and consistent improvement in sexual function and satisfaction. Treatment significantly increased sexual desire, pleasure, arousal, orgasm, responsiveness to sexual stimuli and self-image.

“The beneficial effects for postmenopausal women shown in our study extend beyond simply increasing the number of times a month they had sex,” says Professor Davis. “Many women who are sexually active report dissatisfaction, so increasing the frequency of a positive sexual experience from never or occasionally to once or twice a month can improve self-image and reduce concerns and distress.”

No adverse effects on postmenopausal women were recorded for glucose or insulin in the blood, for blood pressure, or for measures of breast health. However, only limited data were available for breast cancer risk and further research will be needed to clarify the effects.

11 studies showed an increase and acne, and another 11 studies showed increased hair growth. Of note, no participants withdrew from the trials due to these side-effects, suggesting they were not significantly problematic to cause concern.

The study authors highlighted the urgent need for clinical practice guidelines and further long-term studies into the area.