Migraines causing pain for the economy 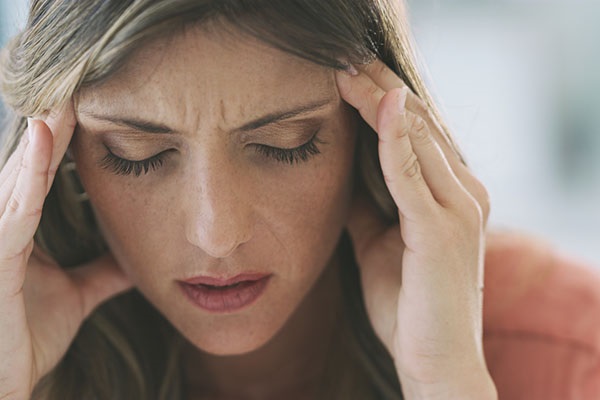 The common migraine is causing crippling pain to the Australian economy, to the tune of $8.5 billion in lost productivity just last year.

Migraines affect 11 per cent of the global population, and three times as many women than men. They have a huge morbidity burden, which includes disruption to work or schooling, and generates an array of direct and indirect costs. Direct costs are accrued by the use of healthcare services and treatments such as imaging and medications, while indirect costs are accrued through lost productivity arising from time spent away from work (absenteeism), or reduced productivity when attending work unwell (presenteeism).

Most chronic diseases affect older populations but because migraines often burden people of working age, there is a noticeable effect on work productivity, which flows into the economy. A report by Deloitte Access Economics for Novartis Australia estimated that reduced productivity in people with migraines caused a loss of $16.3 billion in 2018. For people with chronic migraines, the predicted productivity cost per person was $11,132, while people with episodic migraines had a cost of $2,707.

But previous studies including the Deloitte report have only observed the impacts over a short period of time. A team of researchers from the School of Public Health and Preventive Medicine, led by Dr Ella Zomer, A/Prof Zanfina Ademi, Prof Danny Liew and Monash University medical student Susan Tu, have projected the productivity burden of migraines in Australia over a 10-year period.

To simulate a 10-year period, a Markov state-transition model was used to follow-up the 20-64 year old Australians included. The researchers incorporated 2019 population demographic data from the Australian Bureau of Statistics, and migraine prevalence data from the 2017-2018 National Health Survey. In order to quantify the burden they first ran the model using the National Health Survey numbers, then reran it assuming that people with migraines did not have them. The difference in outcomes were then compared, in terms of years of life, QALYs and PALYs. To reflect the cost of each PALY, the economic value of each PALY was equivalent to the annual gross domestic product (GDP) per equivalent full-time worker in Australia ($177,092).

The results reveal that migraines impose a substantial health and economic burden on working-age Australians. The researchers suggest that the economic load can be minimised with funding interventions that aim to reduce the prevalence of migraines and/or its effects.

The study is also an example of the incredible work that can be achieved in a short time through the University’s new Scholarly Intensive Placement (SIP). First author Susan Tu is a final year Monash MD student who spent six weeks on a research SIP with the School, and this publication is a result of that work.

New in 2020, the SIP program provides MD students with a unique opportunity to conduct or assist on a public health research project. This allows them to explore the field of research more thoroughly, complementing their general studies.

Susan says, “I wasn’t sure what to expect going into the placement; being part of the first student cohort, I couldn’t ask former students what their experiences had been, and I felt a bit daunted as I’d always thought research was beyond my reach. But I was surrounded by a really supportive supervisory team, and I’m so thankful to them for helping me progress through this first research project.

“They made sure I felt welcome, and included me in team meetings and social events, so I’ve walked away with new friends, as well as my first journal publication and an idea of what working in research would look like. It’s made me confident that if I ever chose to pursue research, I could succeed, and help grow medical knowledge.”