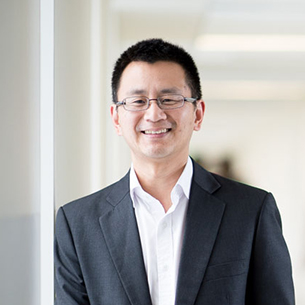 The Influenza Group built upon a decade of research to successfully advocate for the flu vaccine to be included on the National Immunisation Program (NIP) for young children for the first time in Australia’s history.

The group first came together in 2010 to help restore confidence in influenza vaccination, following a series of adverse reactions that led to a drop in the immunization rate. Led by Telethon Kids Institute and relevant health organisations in Western Australia, the group expanded to incorporate expertise from the National Centre for Immunisation Research and Surveillance (NCIRS), The Paediatric Active Enhanced Disease Surveillance (PAEDS) Network, the InFLUenza Complications Alert Network (FluCAN) and the AusVaxSafety Consortium.

Professor Cheng’s involvement is via his leadership of FluCAN, a sentinel hospital-based surveillance program that operates at sites in all jurisdictions in Australia. It’s been running since 2009, when it was created as a collaboration between public health, respiratory and infectious diseases specialists, and funding from the NHMRC.

Associate Professor Chris Blyth, Co-Director of the Wesfarmers Centre of Vaccines and Infectious Diseases, based at Telethon Kids Institute says, “Using our combined skills and knowledge to demonstrate its safety and effectiveness, including the development of a nationwide vaccine surveillance system, we were able to restore public, provider and policy makers’ confidence in influenza vaccination. The flu vaccine was then included on the NIP for children aged six months to four years for the first time ever in 2020.”

Being part of a team nominated for a Eureka Prize is the latest chapter in an incredibly busy year for Professor Cheng, as he began his tenure as President of the Australasian Society of Infectious Diseases, and has contributed greatly to both the Federal and Victorian state government’s responses to the COVID-19 pandemic. He is currently Acting Deputy Chief Health Officer for Victoria.

The Australian Museum Eureka Prize winners will be announced in Sydney on 24 November via a live-streamed digital event. Find out more at australianmuseum.net.au/get-involved/eureka-prizes

You can see the group’s work profiled in this video: youtu.be/8z5Tj8DmPo4