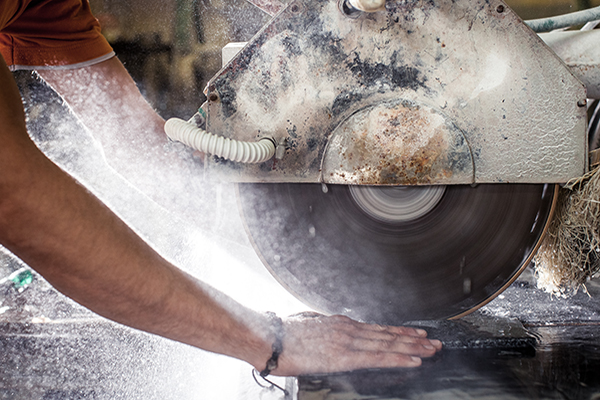 A deadly and incurable lung disease afflicting Australian tradies could be prevented from progressing and successfully treated, following a multi-million federal funding boost to silicosis research.

Silicosis is a potentially fatal lung disease associated with breathing in dangerous silica dust particles from cutting artificial stone benchtops. It can be terminal, although life can be prolonged with a lung transplant.

There has been a recent increase in silicosis cases among workers in the Australian artificial stone benchtop industry, leading to calls to ban the popular benchtops. It is estimated that approximately 20 per cent of Australian stonemasons exposed to respirable crystalline silica (RCS) are at risk of developing silicosis, and better prevention and treatments are desperately needed.

Hudson Institute inflammation researchers, Associate Professor Michelle Tate and Associate Professor Ashley Mansell, were awarded $645,764 from the MRFF towards silicosis research. They will collaborate with Monash Health and Monash University to collect and screen samples from patients with mild and severe silicosis, and those without the disease.

The samples will be analysed for inflammatory markers and potential biomarkers to predict disease severity and progression to developing silicosis. The research will also look at repurposing existing drugs, and developing new therapies that dampen – but do not completely halt – this inflammatory response to treat the disease and improve patients’ quality of life.

Under the microscope is the NLRP3 ‘inflammasome’, a key part of our immune system which recognises these silica particles, activates an inflammatory response and plays a major role in instigating silicosis. A/Prof Tate and A/Prof Mansell, who have long been researching the role of this inflammasome in other infections and lung diseases including influenza, are turning their attention to its role in silicosis.

“The role of this inflammasome in promoting silicosis disease suggests that its activity could correlate with disease severity. Identifying biomarkers for accelerated silicosis has the potential to improve diagnosis and prognosis or outlook of the disease, including the risk of it progressing and the effectiveness of potential treatments,” A/Prof Tate said.

Hudson Institute researchers are developing inflammasome drugs (novel proprietary inflammasome compounds) with a commercial partner, Bacainn Therapeutics, operated by Morningside Biopharma Advisory. They will also test the effectiveness of a drug first used in World War II called probenecid which has a proven safety record and is currently used to treat gout, as a potential silicosis treatment.

“The drugs being tested are all stable at room temperature, suggesting they could be self-administrated via an inhaler,” said A/Prof Mansell, co-chief investigator. “We are hoping that these new and existing medicines will be able to treat and limit the progression of silicosis. “Our discoveries will have applications in other lung diseases involving this inflammasome such as acute lung injury, idiopathic pulmonary fibrosis, chronic obstructive pulmonary disorder and asthma.”

This research will use data from stone benchtop industry workers participating in health screening assessments from Victoria, Western Australia and Queensland.

The research team has assembled a suite of complementary projects to identify improved screening methods to detect lung abnormalities earlier, as well as investigating new methods to assess disease severity and identify indicators of progression.

These projects include investigating the efficacy and sensitivity of high-resolution CT scans compared with plain chest x-rays to screen workers for early silicosis, the efficacy of ultralow dose CT scans to detect silicosis and assessing how artificial intelligence can be used to enhance radiological evaluation. 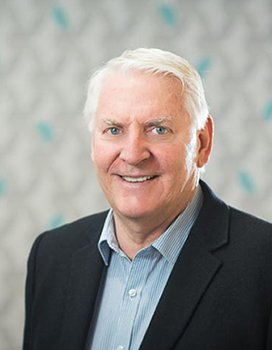 “These techniques represent some of the most advanced imaging and lung function tests currently available in Australia and internationally,” Emeritus Professor Sim said.

This integrated body of research will bring together a strong multidisciplinary research consortium from across Australia and the USA. The consortium has a long-standing track record of working closely with national and state government departments to address the engineered stone silicosis epidemic.

Prof Law said: “The findings of this research will rapidly provide a strong evidence base to inform policy and regulatory approaches to the health assessment and management of workers with, or at risk of, engineered stone silicosis.”

“Stonemasons who have worked with engineered or artificial stone have been shown to develop a rapidly progressive and potentially fatal form of silicosis. It is important that silica exposure is well controlled and affected workers diagnosed early,” he said.

Artificial stone has only been available in Australia since the early 2000s and is made by crushing silica containing rock to a fine consistency, and mixing it with an adhesive to harden it. It contains up to 95 per cent silica, compared to less than 40 per cent silica in most natural stone. The benchtop has become ubiquitous in Australian kitchens and bathrooms as an affordable alternative to marble or granite. A ban on popular artificial stone benchtops is being considered by a national taskforce grappling with spiralling rates of deadly silicosis in tradies. Many of those diagnosed are aged as young as their 20s and 30s.