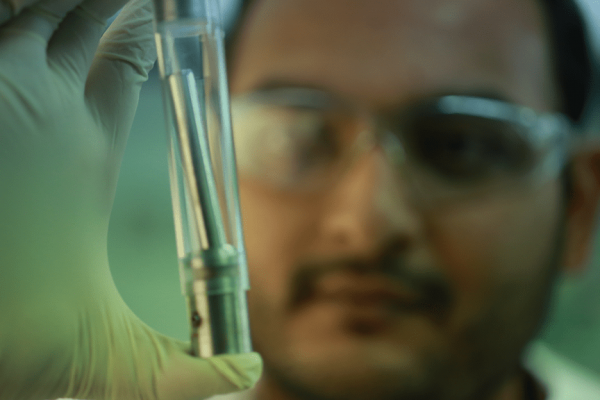 FGG is a technique that can be used to identify cold case suspects or unknown deceased persons through their family trees. DNA from crime scenes or unidentified deceased persons is compared with that of individuals who have undertaken consumer DNA testing for ancestry reasons or personal interest, and consented to have their DNA compared for law enforcement purposes. While the law enforcement agencies don’t have access to genetic data from people who consent for their DNA to be used in this way, they are provided with a list of people who are flagged as potential matches with the donor sample.

This was put to spectacular use in 2018 with the capture of California’s Golden State Killer, more than 30 years after his last known murder. He was identified via FGG that revealed a match between his DNA and that of a distant relative who had consented to share their DNA ancestry results with one such comparative database. An investigative genealogist was able to then construct a comprehensive family tree with around 15 potential suspects, and he was identified as the most likely. Police used that breakthrough to gather the evidence that eventually closed the case.

Dadna and her colleagues have been able to evaluate the utility of FGG for Australian cases. She says, “Part of the work we’re doing involves applying a slightly more sophisticated level of DNA testing to samples from deceased individuals than what has previously been used. This allows us to expand the reach of our ‘matching’ to include quite distant relatives, like cousins”.

The other large component of this research, which will be done in collaboration with Law Enforcement partner agencies, involves developing and testing a framework for accessing and utilizing these databases, ensuring data is protected and the privacy of individuals safeguarded. The Golden State Killer case was fascinating, not only for the length of time that had passed before him being found, but also the huge public interest and debates around privacy it generated. These sorts of genetic databases are accessed as a last resort – 20, 30 years down the track from the discovery of an unidentified deceased person. It has the capacity to bring closure to families that may have been affected by missing persons for decades.”

The work could one day greatly assist the work the VIFM and the Coroners Court of Victoria conducts on long-term missing persons.

While the use of FGG has successfully identified these types cases overseas, to our knowledge, this is the first application of its kind in Australia using unidentified human remain cases.

Dadna began this work in early 2019, in collaboration with fellow VIFM staff and other project members.  Genealogy leads were developed with the assistance of a Victorian forensic collaborator and Dr Colleen Fitzpatrick from Identifinders International. Dadna says, “Finding a DNA match between an unidentified deceased person and a living relative is only the first step in these cases. The application of traditional genealogy techniques is then needed to develop the leads. This can take weeks even months. And once the leads are developed, traditional case legwork still needs to be pursued in order to fully confirm an individual’s identify. Identifinders International and similar services hold unique genealogical research expertise which greatly assists with this work.”

Cases were selected based on their circumstances, sample availability, and the fact that all currently available forensic methodologies for the identification of unknown deceased persons had been exhausted.

FGG was considered the last opportunity to identify these individuals.

A major consideration for successful application of FGG in these cases was whether there was sufficient representation of Australians in the genetic genealogy databases to yield links to potential family members, given the vast majority of people engaging in online DNA testing are from Europe and North America. Another consideration was the availability of genealogy search records to develop investigative leads.

The research outcomes are the first step in the process of evaluation of FGG. Significant work is still required to assess the various components of the FGG process prior to operationalization and use in the identification of unknown deceased persons. This work will be undertaken as part of the Australian Forensic Genetic Genealogy Collaboration with other Law Enforcement agencies, in close consultation with the Coroners Court.

Adapted from an article on the Victorian Institute of Forensic Medicine website.