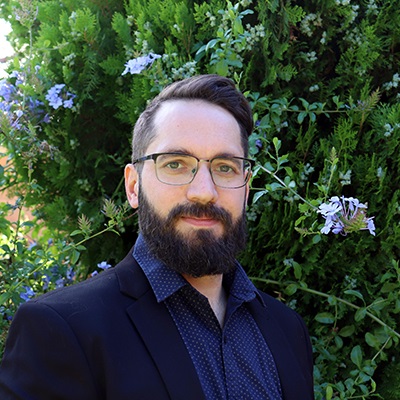 Peter Fransquet came to his PhD following undergraduate study in biotechnology and biomedicine. He completed an honours project under the supervision of our Head of Biological Neuropsychiatry and Dementia, A/Prof Joanne Ryan, who at that stage was based at the Murdoch Children’s Research Institute. When she moved to Monash, Peter followed and engaged in a PhD to see how far he could push his research interests.

“The move to Monash opened up an incredible opportunity to conduct research using the ASPirin in Reducing Events in the Elderly (ASPREE) dataset.

“My interest was in finding new epigenetic biomarkers for dementia. These are signals that the body produces that indicate they may have very early stage dementia, even prior to symptom onset. By using them to identify people with very early dementia or at heightened risk of developing dementia, we can triage them into the appropriate care streams and services, early in their disease.

“Biomarkers can be found in all sorts of body tissues and fluids. Prior to my PhD, most research that had been done in this field used post-mortem brain tissue. We know that the brain changes associated with dementia can begin 20-30 years before symptoms start, but post-mortem tissue typically displays advanced disease patterns which won’t be present in these younger, seemingly healthy people. Obtaining brain tissue from a living person for diagnosis is also quite obviously extremely medically and ethically challenging, so what we really need is to find a safe and simple to source biomarker that can be seen in these very early stage people. Blood is ideal.

“The ASPREE dataset contains thousands of people who were monitored over time for dementia symptoms, and because the on-boarding health screens included cognitive function tests, we know they didn’t have dementia symptoms at the start. But during the time they participated, a number of them were diagnosed with dementia. Around 12,000 ASPREE participants provided blood samples, from which we can extract epigenetic information. By finding epigenetic differences between those who did and those who did not develop dementia, we may find biomarkers that could one day be commercialised into routine blood tests to indicate pre-symptomatic dementia.

“There’s a lot of false starts in this type of research, a lot of potential targets look promising at first, but the more you investigate them the less useful they are. However, I did find a couple of promising candidates that are worth following up.”

Peter spent much of his final year of study in lockdown due to COVID-19. He says while it was tough, he valued the support from his supervisor, and the University, which granted a six-month extension to all PhD students.

“One of the great things about this project was working alongside the ASPREE team and with the data itself. ASPREE was a living, breathing project, very grounded in the community and the participants. Even though my work largely involves crunching numbers in a computer, I felt very connected to this disease in the real world.”

As for his next steps, celebrating his conferral in a post-pandemic setting is a well-deserved goal, and one we hope arrives soon. As for his research:

“Because of the length of time ASPREE followed participants, anything we find in the ASPREE cohort could yield a biomarker that gives about a five-year lead time on dementia symptoms. The next step for me is to secure funding to replicate the results in another cohort, to see if these hold up. If they do, in future we’d like to use a dataset that’s collected blood on people who have been tracked for an even longer time period than ASPREE, to really draw out the lead time as much as possible.”