Change of life raises the risk of dementia 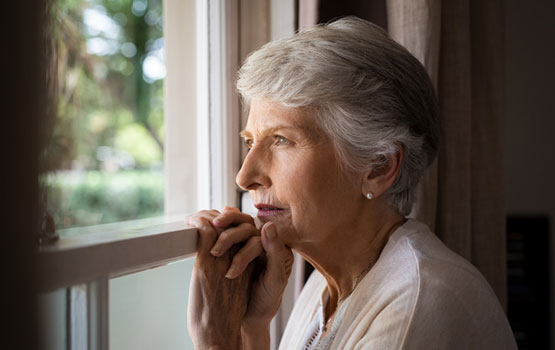 New data from a Monash University study of more than 36,400 people at midlife has found that  relatively well postmenopausal women have less healthy brains, and potentially higher future risk of dementia, than similar aged men with poorer cardiovascular health.

The upside to the study - the world’s largest and most comprehensive study into whether gender impacts a person’s cardiovascular health and risk of cognitive decline in later years - suggests targeting post-menopausal women at midlife for preventive treatment against dementia.

The study, published in the prestigious journal, Neurology, led by Professor Velandai Srikanth, Director of the National Centre for Healthy Ageing, and Professor of Medicine at Monash University and Peninsula Health, found that post-menopausal middle-aged women with low cardiovascular risk had less healthy brains compared with similar aged men with high cardiovascular risk, suggesting that changes in female hormones such as oestrogen may have an important role in maintaining brain health.

As we age, we increase our risk of dementia as well as developing cardiovascular disease – which in turn increases the risk of dementia. It is a concerning cycle, now made even more so by the news that menopausal women may be, more than men, at even greater risk of dementia, according to Professor Srikanth. “We know that cardiovascular problems (high blood pressure, diabetes, obesity) and diseases (stroke, heart attacks) commonly occur together, and are risk factors for brain ageing and dementia. The prevalence of these conditions also differs between men and women, and is greater in women," he said.

"We wanted to see if these conditions grouped together differently at middle age in men and women in ways that could explain their future risk of dementia. Interestingly we found that older post-menopausal women with low cardiovascular risk had less healthy brains compared with similar aged men with high cardiovascular risk, suggesting that hormonal change during menopause may have an important role in affecting brain health irrespective of cardiovascular health.”

The study used data from the UK Biobank - between 2006 and 2010, a cohort of over 500,000 individuals aged 40–69 years and registered with the National Health Service were recruited, providing extensive health and lifestyle information, physical and cognitive measures, and biological samples.

From 2014, the UK Biobank began inviting 100,000 of the original participants for brain, heart, and abdominal MRI. Of these individuals, the Monash researchers included participants with complete data on age, sex, menopause status, measures of cardiometabolic health, brain MRI and cognitive function.

According to Professor Srikanth, the new findings “open the way to considering targeted preventive treatment at midlife (such as diet, physical activity, cognitive stimulation, social connections) to reduce future risk of dementia.”

“This work helps us begin to understand who we should target for preventative efforts for reducing future dementia risk, and that such efforts may need to be different for men and women,” he said.