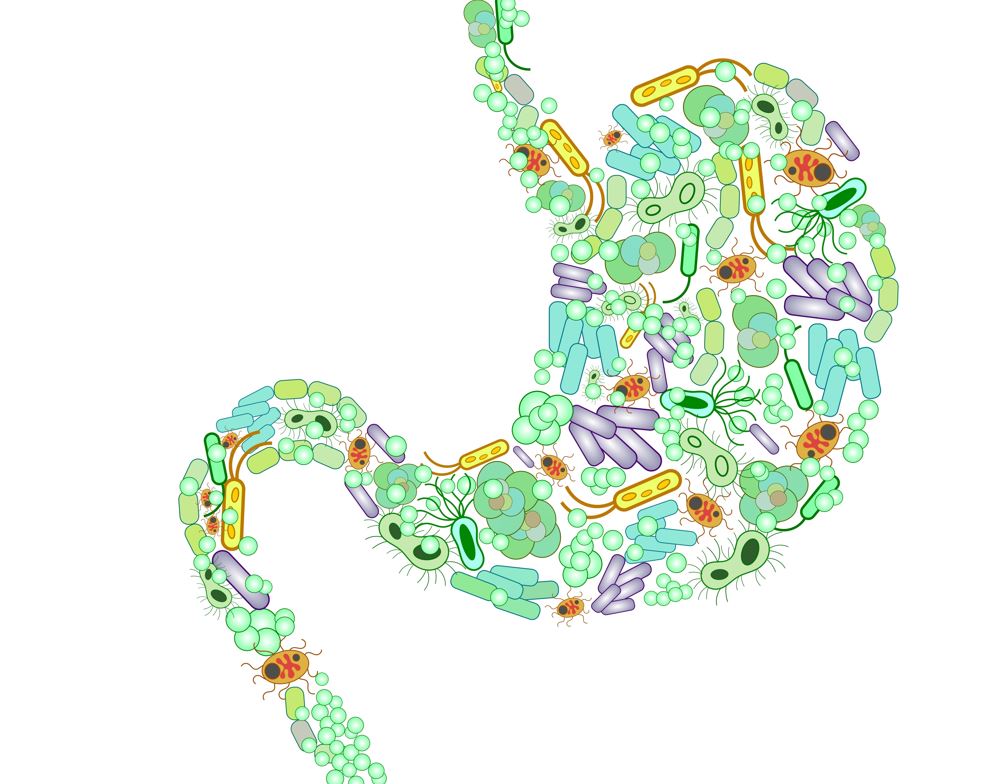 A Monash University study exploring the emerging gut-skin axis has found that microbial fermentation of dietary fibre in the gut can protect against allergic skin disease. The research could potentially lead to novel treatments to prevent or treat allergies.

Professor Ben Marsland from the Central Clinical School’s Department of Immunology, together with Swiss colleagues at the University Hospital of Lausanne (CHUV), showed that the fermentation of fibre in the gut by bacteria and subsequent production of short chain fatty acids (SCFAs), in particular butyrate, protected against atopic dermatitis in mice.

The research was published 8 June 2022 in Mucosal Immunology.

While it is well established that the gut microbiome shapes the immune system, the influence it has on the skin is less explored.

“Previous work from our group, and others, has focused on the local health benefits of SCFAs in the gut as well as at distal sites such as the lung and cardiovascular system,” Professor Marsland said. “We wondered if this might also extend to the skin, which is an area that has not really been investigated.

“People speculate that diet can influence skin health, but there is not a great deal of science behind this.”

reach the skin where it enhanced the metabolism of keratinocytes, priming them to mature and produce the key structural components required for a healthy skin barrier.

“The upshot of this was that the skin barrier was fortified against allergens – we were using house dust mite allergens – that would normally penetrate the skin barrier, activate the immune system and start an allergic reaction in these models,” he said.

“It turns out the immune system was secondary to this skin barrier function.”

Actively improving the skin barrier could have protective effects against environmental exposures that cause allergies and perhaps even other skin diseases which are underpinned by a damaged or weak skin barrier. SCFAs could be administered orally or directly on the skin as a cream, bypassing the gut, he said.

“The fact that short chain fatty acids can be given topically and are well-tolerated opens up possibilities for development of preventative strategies or disease-modifying interventions – that represents the most significant translational potential of our research.”

One possibility to explore is whether this could help children who are at risk of developing skin allergies that cascade towards food allergies and asthma, the so-called ‘Atopic March’.

Professor Marsland and members of his Melbourne-based team conducted the project over five or six years together with scientists at the University Hospital of Lausanne where he previously worked before being recruited to Monash. Lead author was Swiss-based Aurélien Trompette.