Women’s Health Week: Breaking down the barriers to abortion access in Australia 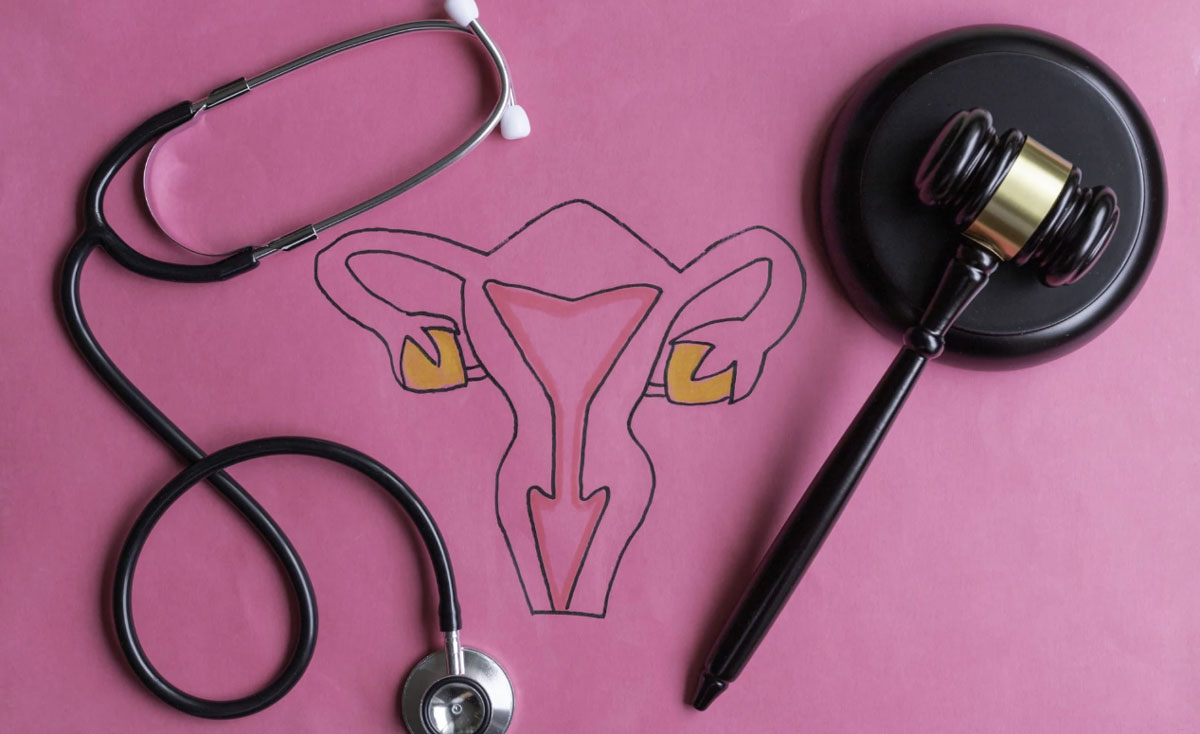 What are the issues in accessing abortion care right now in Australia, post-Roe v Wade?

For women who have the means, I think the barriers are less to accessing services. The people I’m concerned about are those most vulnerable in our community. Rural women, young women, disadvantaged women, and women from culturally and linguistically-diverse backgrounds who may not have the capacity to navigate the system, particularly for abortion, which is a very time-sensitive issue.

You must get frustrated in talking about these exact things for, what, decades?

Yes, but I think the tide is slowly turning. I know our younger doctors and healthcare professionals are much more aware and open to these issues. And I think as a community, we’re becoming much more conscious of the way we stigmatise a whole lot of things. So our conversation is turning more towards inclusivity and non-judgement when it comes to healthcare delivery.

The decision in the US must have come as a bit of a shock, even though it was years in the making?

The shock and the concern around the world at the over overturn of Roe v Wade by the US Supreme Court has made many people in Australia anxious and worried about abortion access in Australia.

I think that for a lot of people in Australia, they understand that abortion is legal, and they think, “Well, if it's legal, that means it must be accessible”, but the two don’t go together. You can have it legal, but can still not be accessible. And that's the issue that we have in Australia.

So, our already compromised access is further threatened by Roe v Wade, because I guess it’s given energy to those who don’t want to have abortion be accessible anyway.

I think the way Australians value universal healthcare means that hopefully something like Roe v Wade would never happen in Australia. I think we value healthcare, and we value public healthcare provision.

The challenge for Australia is to integrate abortion fully into our healthcare system. In many other countries around the world, such as Ireland, Sweden, England and Scotland, abortion is provided completely free within their hospitals and healthcare system.

I think Australia needs to move towards that and achieve that here. Abortion is an essential women’s healthcare service.

You’ll never ever be able to take away the need for abortion. Women will always seek it out, whether or not it’s legal or accessible. And I think it’s our duty to bring it into the healthcare system in a very integrated and accessible way.

Australia gave the green light to medical abortion about 10 years ago, using a prescribed combination of medications, mifepristone and misoprostol. How is that going for accessibility for women?

In Australia, we need to think about both forms of abortion service delivery – surgical and medical abortion. Until 10 years ago or so, the majority of abortions being provided in this country were surgical abortions carried out usually in the first 12 weeks of a pregnancy, and usually in private facilities, outside of the public healthcare system and general practice.

Read more: Now that Roe v Wade has been overturned, what are the consequences?

They were often quite difficult for women to navigate to, because they weren’t part of the public healthcare system. When medical abortion was introduced, it was hoped that would make a very big difference to abortion access, because medical abortion can be delivered in the community by GPs and doesn’t require a procedure.

Medical abortion is akin to a medical miscarriage. And one in four women who are pregnant have miscarriages anyway, so it’s a commonly-managed clinical issue in community settings, but what’s happened is that we haven’t had a high degree of integration of medical abortion into general practice.

Well, I think one of the issues is that it’s been very overregulated in Australia. There are all these unusual and unnecessary rules around its use that don’t exist for drugs that are of proven danger, like opioids. So if you're a GP, you can prescribe opioids anytime without specific training; you don't have to be a certified prescriber. It’s not regulated in the same way.

To prescribe medical abortion, you have to do a mandatory online training course, you have to register, and it’s only available on authority prescription. Nurses can’t prescribe, and we're limited to prescribing within nine weeks’ gestation.

This is very different to other countries. For instance, in Ireland, GPs provide medical abortions up until 12 weeks’ gestation in community settings, and in Canada they’ve done away with all the regulatory barriers, and medical abortion medication is prescribed just like any other normal prescription.

How low is the GP take-up?

We think that only about 10% of GPs around Australia have registered to prescribe medical abortion. We think even fewer are doing so. Our research in our SPHERE Centre of Research Excellence demonstrated huge abortion deserts around the country, large areas of Australia where not even one GP had been prescribing medical abortion.

So I guess the issue for Australia is, how can we improve access and what do we need to do to make that happen? We believe a real focus needs to be given to primary care and supporting GPs in the communities to deliver these services.

We need to reduce the stigma surrounding abortion, and normalise it and integrate it into comprehensive women’s health service delivery.

Does that put access for Australian women behind other countries?

In Australia, the sponsor of a drug being brought into the country puts in a submission to the Therapeutic Goods Administration [TGA], and they make the decision as to whether or not any regulations are required around that drug. The regulations for mifepristone were put in place more than 10 years ago, and a lot’s happened since then.

We now have international guidelines that are recommending use up until 12 weeks’ gestation for medical abortion in the community. We have guidelines that say nurses should be prescribing this, because the safety of this form of medication is so high. And we have examples in other countries such as Canada, which has a very similar health system to ours, where they have completely deregulated, and there’s been no massive rise in abortion rates and no change in safety.

So, we have a lot of evidence to prove that we don’t need all of this overregulation, which just adds to the stigma and to the barriers.

I’m sure you’re talking to the policymakers in Canberra ...

I’m doing just that. I think between the previous government and this government, we’ve seen Roe v Wade being overturned, and that's certainly given a lot of impetus to this issue, and a lot more focus to it.

What’s the answer to this?

We think the approach has to be multi-pronged. So first of all, the TGA needs to consider a new application to deregulate the prescribing of medical abortion, and I think we have the evidence to show them that they can go ahead.

But we also need a lot of other things to go hand-in-hand with that. We need to better-support GPs and nurses and pharmacists involved in medical abortion. And we can support them through things like the [Monash-led] Australian Contraception and Abortion Primary Care Practitioner Support Network (AusCAPPS).

AusCAPPS is an online community of practice with over 1000 members from right around the country. Participants can post questions that get answered by clinical experts, discuss issues, and download resources to use in their practices.

With abortion services and lots of contraception services hardly available in the hospital system, there’s nowhere for our future medical workforce to get skills and experience in these areas. There’s a real crisis around the world in terms of doctors with the skill set to be able to provide these abortion services, particularly for patients who might have complex medical histories or foetal anomalies that are only detected at a later gestation, or for women with very severe psychiatric illness, or women who are escaping from domestic violence who may present later in their pregnancy.

The United States are really the leaders in this space. They've developed fellowships that are really fit for purpose for training the future leaders in women's healthcare. They’re training them in family planning organisations and in the clinics where there are a lot of abortions taking place so they can build their skills and develop their skills.

Finally, you have two trials happening at the moment, looking at abortion accessibility issues. What are they?

We have the Orient trial and the Alliance trial. I was just talking to one of my students who’s doing some research in rural settings, and women find it very difficult sometimes to access GPs rapidly in rural settings. Often there’s a long wait time for appointments, so we’re exploring workforce models that involve task-sharing that might improve accessibility of services.

The Orient trial is looking at nurse-led models of care, where nurses are more involved in the counselling, in the follow-up, in the provision of contraceptive services.

The Alliance trial is based on the belief that every door should be an open door to access contraception and abortion.

For many women living, particularly, in rural areas, the pharmacist is one of the most accessible healthcare professionals in the community. Pharmacists are highly trained around medicine and medicine use, and with some additional training, we think they’d do well around contraceptive counselling and explaining to women their options, and helping women to come to a decision about what option is best for them.