Global Day of Climate Action, why it matters 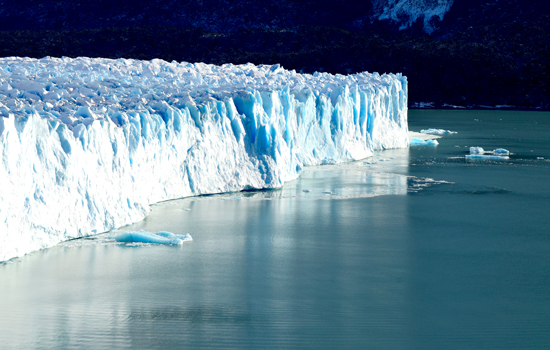 There is no doubt about it – climate change is one of the biggest threats to civilisation, according to Professor Andrew Mackintosh, who heads the Monash School of Earth, Atmosphere and Environment (EAE).

The School has one of the finest group of weather and climate scientists in Australia investigating everything from fundamental processes controlling rainfall and Antarctic ice sheet melting, to climate change predictions using computer models.

Today, thousands of people young and old will take part in a massive worldwide climate strike known as the ‘Global Day of Climate Action’.

Greta Thunberg, he says, has become a singular influence and has galvanised so much support.

“As a physical scientist who understands that climate change impacts may persist for hundreds to thousands of years, it is symbolic to me that young people, who stand to be most affected, are leading this movement.

“The Global day of Climate Action is motivated by people who are frustrated by a lack of action.

“The point is to put pressure on governments and industry to act.

“And although there are international frameworks in place to reduce greenhouse gas emissions, and the world is starting to wake up about climate change - there is still inertia when it comes to implementation.”

The world has experienced many climate-related impacts over the last few years.

Professor Mackintosh’s research area focuses on glaciers and ice sheets, and their impact on global sea level and water resources.

In his field alone, he has watched dramatic glacier retreats, from the recent and symbolic disappearance of Okjokull in Iceland, to the large melt events on the Greenland Ice Sheet, and the increase in the rate of ice loss in Antarctica.

When he started his PhD in the 1990s, glaciers in Scandinavia (including Iceland, his PhD focus) and New Zealand were advancing.

He was curious to understand why, and his research team helped to work it out.

“It was due to regional-scale natural variability in climate,” says Professor Mackintosh.

“Now about 20 years later, glaciers in these regions have experienced huge retreat, and recent science points to humans being responsible.

“Glaciers are changing so fast and we now need to focus on understanding the impacts of this retreat, particularly in regions such as High Mountain Asia where millions of people are dependent on glacier meltwater.

“In Antarctica, the changes we are seeing might be irreversible, at least on human timescales, and the impact on sea level will be significant.

“That’s deeply concerning and there is an urgent need to understand these changes and refine predictions of ice sheet contributions to sea level rise.”

In Antarctica regional climate variability (some of it natural) also affects the ice sheet, but some of Professor Mackintosh’s glaciology colleagues recently showed that a human imprint on these changes is also now attributable.

More broadly there have been many significant weather impacts, including damaging storms, droughts and fires.

“The science of estimating the extent of human influence on extreme weather events has developed rapidly,” says Professor Mackintosh.

“We can now say whether the likelihood and/or magnitude of an extreme weather event has been increased by human influences on climate.

“And that message is starting to resonate with the public.”

Professor Mackintosh is one of only a handful of Australian scientists who has recently worked as a lead author on the Intergovernmental Panel on Climate Change (IPCC) Special Report on the Oceans and Cryosphere in a Changing Climate, to be published on 25 September.

These multi-national efforts bring together the world’s top climate scientists.

“The first IPCC report in 1990 clearly articulated the challenges that we are now facing,” Professor Mackintosh says.

“If society had acted earlier, we wouldn’t be at quite this critical point now. But I am an optimist, and I hope that we begin to change now. New IPCC reports will help to get the message across.”

Professor Mackintosh says young people and days like today are critical for climate solutions and the future of the planet. Governments and industry also have a key role to play.

“Part of this is simply acknowledging the science,” he says.

“It’s not a matter of ‘believing’ in the science - science is underpinned by data and rigorous experiments.

“The results are there for everybody to see, not ‘believing’ in them is irresponsible.”

Professor Mackintosh thinks that governments could play a more proactive role by acknowledging the problems and putting significant resources and incentives towards reducing our reliance on fossil fuels and encouraging innovation in renewables. In his view, this is not a partisan issue.

Industry also has a positive role to play in addressing climate change through innovation.

Australia is a highly educated country with excellent universities and vast mineral wealth – including the minerals required to drive a “green energy revolution”.

“The School of Earth, Atmosphere and Environment at Monash also has a role to play here, as we are also experts in earth resources,” says Professor Mackintosh.

For further information about this story, or to arrange an interview with Professor Mackintosh: