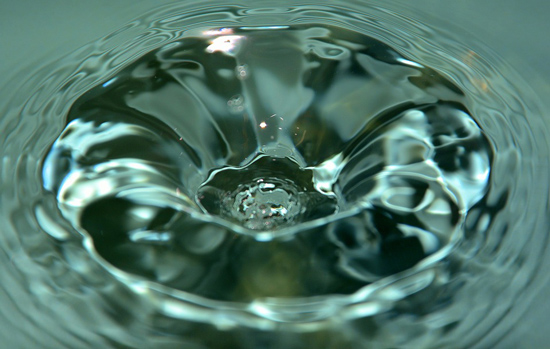 A Monash study published today offers the first proof of a 70-year-old theory of turbulence.

The study confirms a seminal theory of the formation of large-scale vortices from turbulence in 2D fluid flow, where the large vortices emerge from an apparent chaos of smaller vortices.

Fluids restricted to flow in two-dimensions can be observed in systems ranging from electrons in semiconductors, to the surface of soap bubbles, to atmospheric phenomena such as cyclones.

“One of the commonly observed features in such 2D flow is the formation of large-scale swirling motion of the fluid from the initially chaotic swirling motion typical of turbulent flow, such as Jupiter’s famous Great Red Spot,” said the study’s lead author, Dr Shaun Johnstone, a Research Fellow in the Monash School of Physics and Astronomy, and the ARC Centre of Excellence in Future Low-Energy Electronics Technologies (FLEET).

Turbulence, with its seemingly random and chaotic motion of the fluid, is a notoriously difficult problem, for which there is no general theoretical description.

There is, however, a simple theory, proposed in 1949 by the Nobel laureate Lars Onsager, to explain the formation of large-scale vortex motion from initially turbulent 2D flow.

Despite the appeal of Onsager’s physical picture of 2D turbulence, it can only make quantitative predictions for one special type of fluid: a ‘superfluid’, which flows without any viscosity or drag, and which can only be realised at extremely low temperatures. This had made a testing of Onsager’s theory difficult, until now.

“The study is broadly relevant to the emerging research field of non-equilibrium physics, and more specifically relevant to study of superfluids and superconductors,” said study author Professor Kris Helmerson, also from the Monash’s School of Physics and Astronomy.

The new research is described in a paper out in Science today, alongside a related study from the University of Queensland.

The Monash-led team generated vortex distributions at a range of temperatures and observed their subsequent evolution. States that began with relatively random distributions of vortices were seen to begin to order themselves, as Onsager had described. The University of Queensland study, on the other hand, directly generated two large clusters of vortices, flowing in opposite directions, testing the stability of this highly ordered configuration.

Both studies experimented using Bose Einstein Condensates (BECs), a quantum state that exists at ultra-low temperatures, and in which quantum effects become visible at a macroscopic scale.

The researchers created turbulence in condensates of rubidium atoms by dragging a laser array through the condensate, and observed the behaviour of the resulting vortices over time.

In addition to researchers from the School of Physics and Astronomy, the Monash University study included an author from the Joint Quantum Institute, University of Maryland.