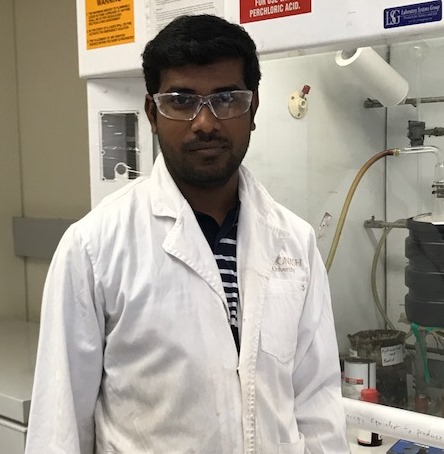 Yuvaraj obtained his PhD from IIT Madras in 2017. He was awarded a prestigious SERB Fellowship from the Indian government to work in the Jones group. In his time here he will work on the development of chiral N-donor ligands and derived main group metal complexes for use in enantioselective synthetic transformations. 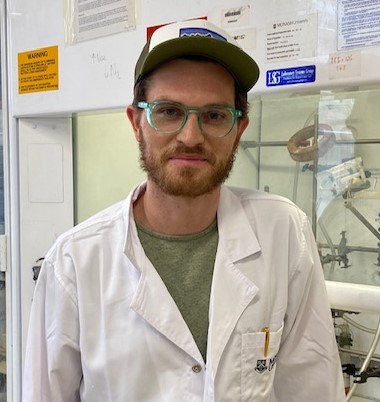 Robin joined us from the University of Kassel, Germany, as a Feodor Lynen Research Fellow of the Alexander von Humboldt Foundation in 2022. Robin will be working on low oxidation state group 13 heterocycles, and their application to sustainable, transition metal free, organic transformations. 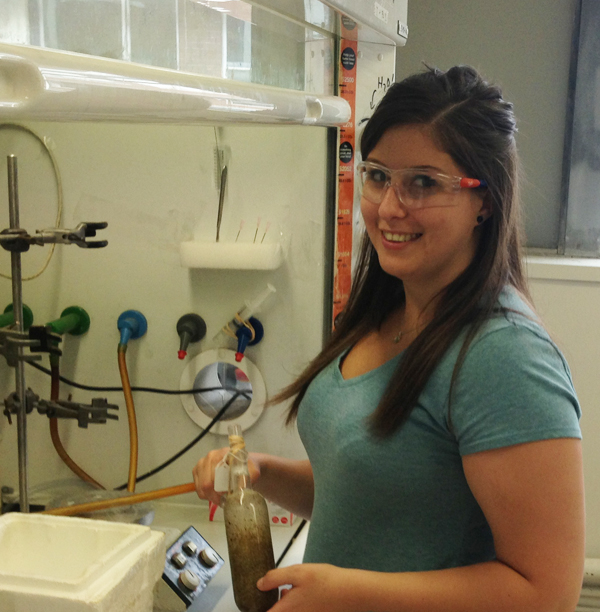 Amelia completed her undergraduate studies (BScAdvHon) at Monash University in 2012 after undertaking her Honours project in the Jones Group, investigating the reactivity of a singly bonded amido-substituted digermynes with small molecules. She continued on in the Jones group, starting her PhD in the area of low-oxidation state Main Group chemistry. 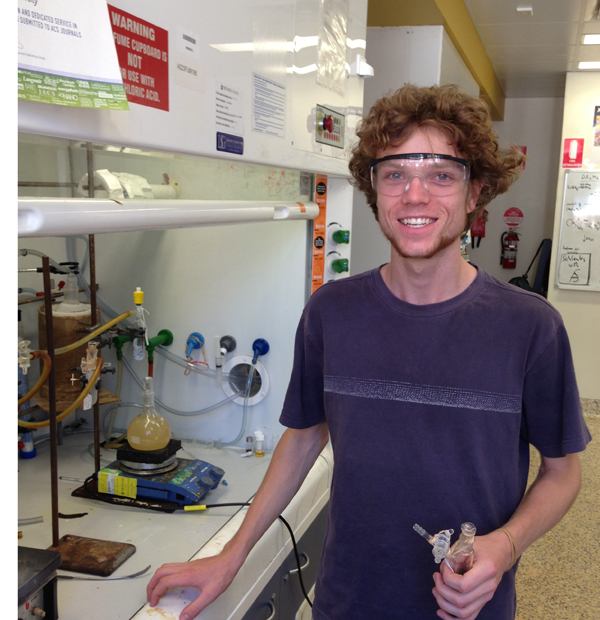 Aaron completed a BSc(Hons) degree in the Jones group, and subsequently commenced his PhD studies in early 2014. He is investigating the stabilisation and reactivity of sub-valent Group 2 compounds. We are hoping his research will turn into a pile of CaCa. . . compounds. Sneha joined the group in February 2019 from The Indian Institute of Science Education and Research (IISER), Thiruvananthapuram as a PhD student. She is working on the development of chiral  ligands for the stabilisation of low oxidation state main group and transition metal complexes. Chris completed his BSc(Hons) degree in the Jones group, and subsequently commenced his PhD studies in mid 2019. He is investigating the use of bulky bi-dentate chiral ligands for the kinetic stabilisation of low oxidation state main group compounds. 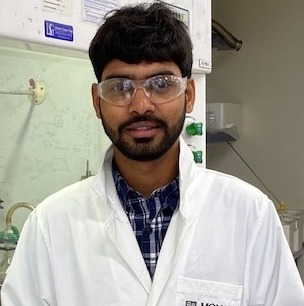 Rahul joined the group in March 2020 from IIT Kanpur as a PhD student. He will work on the development of bulky N-donor ligands and derived main group metal complexes for use in synthetic transformations. 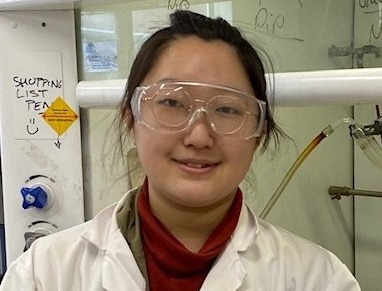 Yixiao joined the group in August 2021 from Nanjing University as a PhD student. She is currently working on the use of bulky bi-dentate ligands for the kinetic stabilisation of low oxidation state hetero-bimetallic complexes and their application towards small molecule activation. After a successful BSc(Hons) degree in the Jones group, Jeremy started as a PhD student in 2022. He is exploring the reactivity of photoactivated magnesium(I) compounds, and their application to organic synthesis. 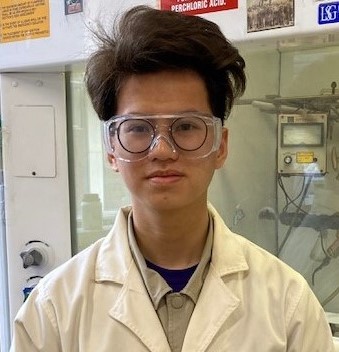 Dat joined us from the Hanoi University of Science in 2022. He will be carrying out his PhD on the development of low oxidation state group 2 compounds, and their application to the C-H activation of inert organic substrates.

Dominic has an MChem degree from the University of York, UK. He is a jointly enrolled Monash/Bath PhD student, who is co-supervised by Prof. Michael Hill of Centre for Sustainable Chemical Technologies at Bath. He is working on catalytic arene functionalization with nucleophilic heavier alkaline earth reagents. 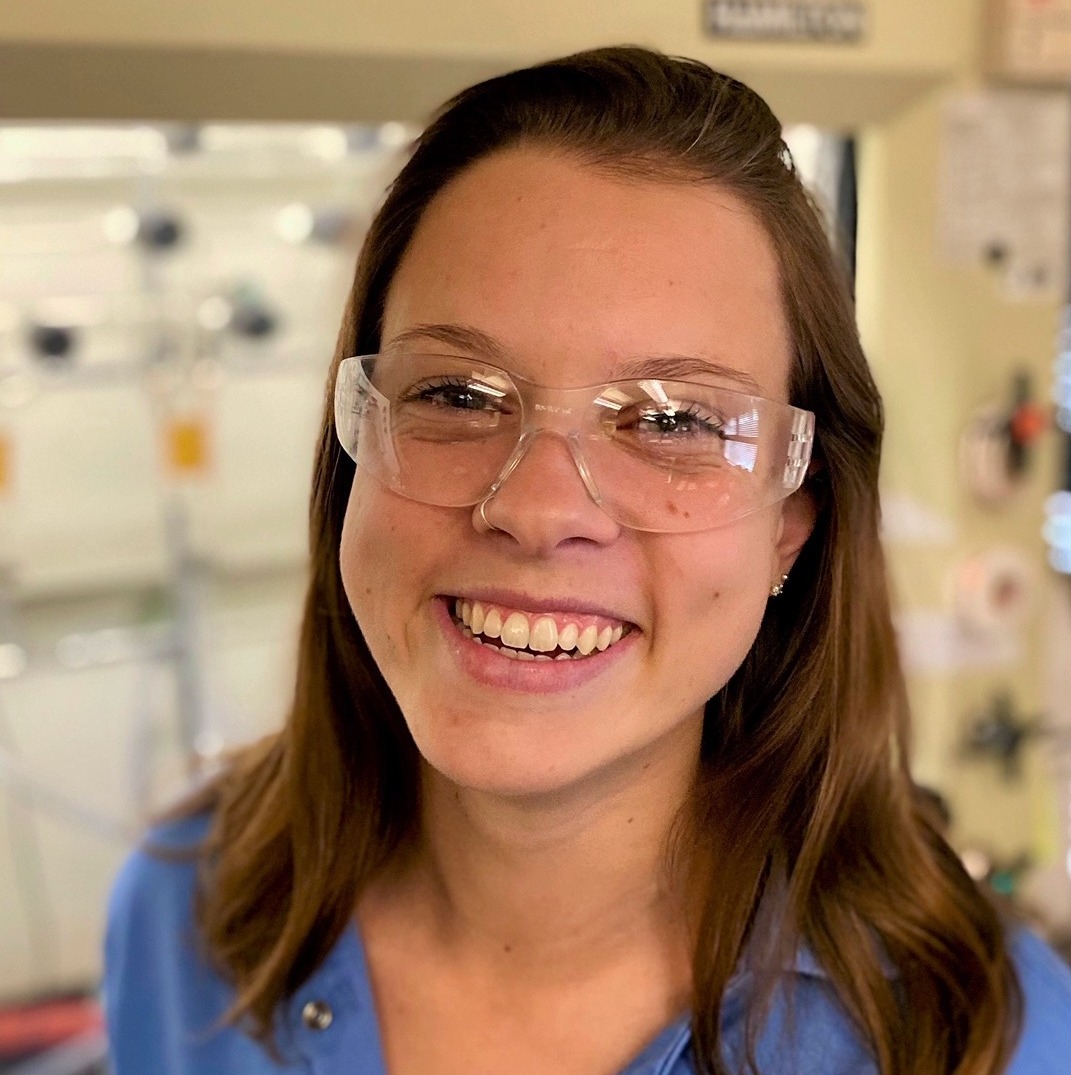 Gabby has a BA from Sarah Lawrence College, New York. She works at Texas A&M University in the group of Dr. Michael Nippe, and is co-supervised by Cameron. She is working on a joint project aimed at investigating advanced molecular design for heterometallic single-molecule magnets. The joint project is funded by the Hagler Institute of Advanced Studies (HIAS) at Texas A&M. Imke joined us for 5 months as a visiting undergraduate research student from the University of Groningen, Netherlands in April 2022. She will be working on the development of bulky multidentate ligands for the stablisation of low-valent p-block compounds.