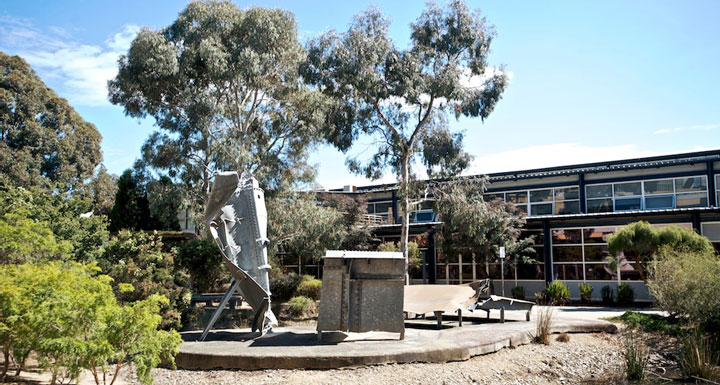 As part of an ongoing initiative to provide students with many varied places to gather, the West Gate garden was created in 1994.  The central focus of the garden is the ephemeral pond, or "billabong" which acts as an infiltration basin and water source for birds. The garden features plenty of places to sit amongst a selection of plant species which tolerate both wet and dry conditions including collections of Sheoaks (Casuarina sp.), Paperbarks (Melaleuca sp.) and Emu Bushes (Eremophila sp.).